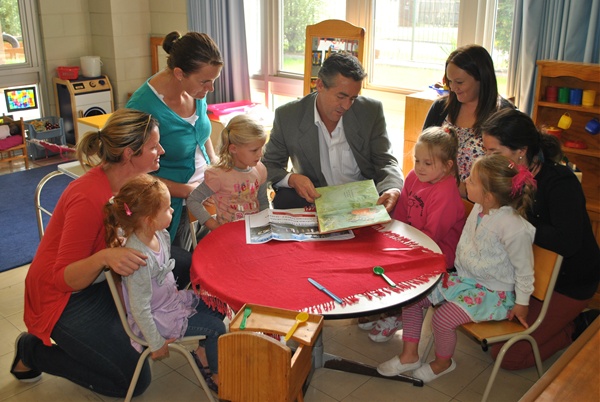 Glassford Kindergarten parents’ advisory group chairperson Melanie Dunsmuir said the committee had worked with Wellington Shire Council to make a capital works submission to the Department of Early Education and Childhood, which would allow for an extension to the existing Glassford facility to provide an additional kinder room.

“Next year with universal access coming into effect, we have to offer 15 hours for four year old kindergarten,” she said.

“Having an additional room at Glassford means we can offer the 15 hours without having to exclude our three year old kindergarten program.”

Mrs Dunsmuir said the occasional care program which is run at Queen St Kindergarten is in huge demand with a waiting list of 23 and this had been stagnant for three years. She said this program was also at huge risk of being displaced with the introduction of 15 hours universal access next year.

Gippsland MHR Darren Chester has lent his support to the project and met with some of the families last week.

Mr Chester said he had contacted Victorian Children and Early Childhood Development Minister Wendy Lovell to convey the benefits the expansion would deliver.