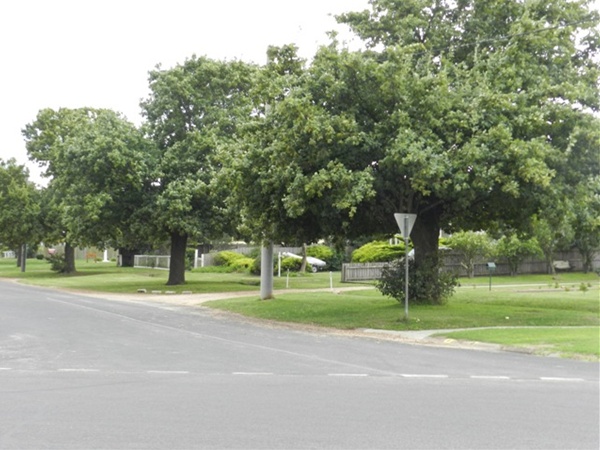 BOISDALE resident John Lees is urging Maffra residents to have a say on a street tree planting plan for the town.

Mr Lees said his mother and her neighbour, who live in Boisdale St, had not been notified of the meeting to discuss the plans.

“Neither were invited (to the meeting), and it hasn’t appeared in the council news in the paper,” he said.

“I don’t know why they (council) have been so secretive.”

Mr Lees said he wasn’t impressed with the result of the tree replacement program in Powerscourt St, and was hoping for a better result this time around.

Mr Lees said he was also unhappy with council removing trees near the Anglican church in Church St.

“There were two beautiful silky oak trees at the bottom of the street that they went and removed,” he said.

“I went to council and they said they didn’t like deciduous trees and wanted natives, but silky oaks are native trees.

“I live in Boisdale but I grew up in Maffra. We are talking about the history of the town.”

However a spokeswoman for Wellington Shire Council said a letter had been circulated to residents in affected areas, with the rest of the public able to view the plans on the council website and make a submission to council following the meeting.

“With 6000 people living in Maffra, it is not a public meeting as such, but one for those people that live in particular streets that the scheme will cover,” she said.

“The idea is to formulate a long term plan to document a guide of which trees would be best suited for various towns, taking into account character of the town, soil and rainfall.”

The meeting for residents in the planning area will be held at the Maffra Mechanics Institute Hall on Wednesday night from 7pm.