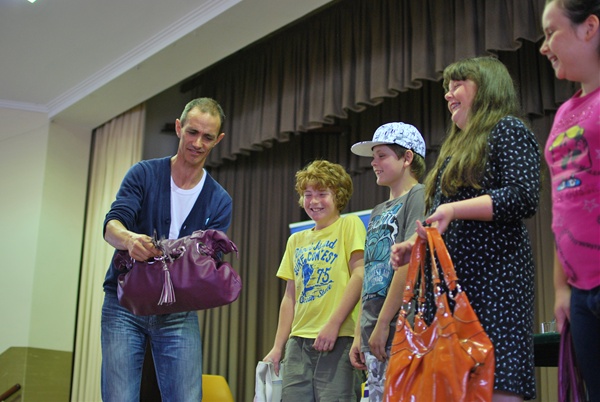 Griffiths, who has sold more than five million books worldwide and is best known for his Just! series, entertained children and parents as he shared the inspiration behind some of his stories, as well as offering tips to children on how to annoy their friends and families.

While there were plenty of laughs to be had, Griffiths used the talk to encourage his young audience to read and write.

“I was your age when I began writing,” he told the crowd.

When he heard that several fans had delayed or come back from their holidays to attend his talk, Griffiths said he was humbled.

“That was a really lovely thing to hear,” he said.

“One of my big aims with these talks is to give kids the same level of enjoyment out of my books that they got here today, and to help encourage them to read more.

“It’s really heartening to see so many children here today, and plenty have told me they’ve read my books several times.

“We’ve all had a great time and I think it really went as well as it could have for a doomed book,” he laughed.