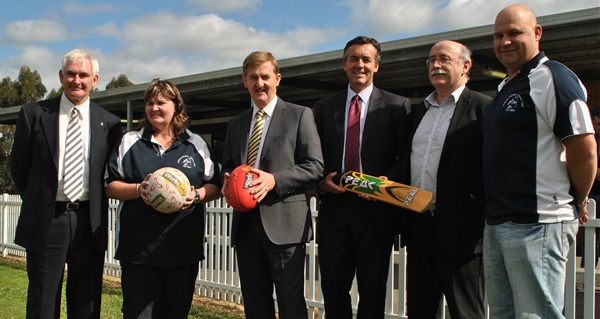 ROSEDALE Recreation Reserve will have a new pavilion within the next year, expected to cost $694,000.

“Once complete, the new pavilion will provide much-needed space featuring modern amenities, more appropriate for the growing number of women, juniors and people with a disability wanting to get involved either as players, fans or volunteers,” Mr Ryan said.

“It shows these things do happen with the co-operation and hard work of volunteers,” he said.

Mr Ryan commended Wellington Shire Council for securing the funding and for providing a contribution of more than $277,000 towards the project, as well as the Rosedale Recreation Reserve Committee of Management for its outstanding contribution of $50,000.

“Rosedale will soon have magnificent modern facilities and I look forward to officially opening them myself, and also ensuring the same for Yarram, Foster and Heyfield in the future,” he said.