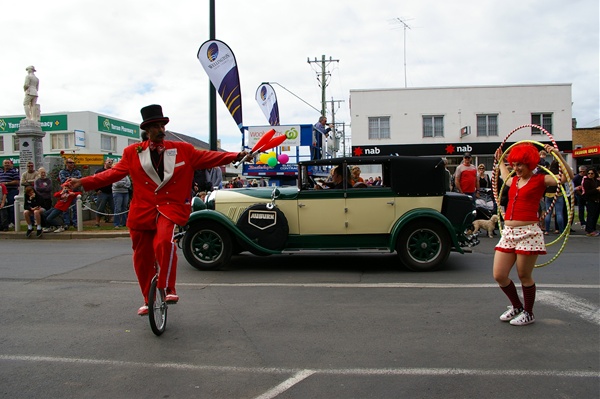 DESPITE wintry weather during the long weekend, hundreds of locals joined the 40th birthday celebrations for the Tarra Festival.

“We held the opening of the show on Friday, which was attended by about 200 people,” she said.

Among the highlights of the opening was a special large 40th birthday cake.

“The art show on Friday night was very poplar,” she added.

“On Saturday, there was a float parade, and people had a great time enjoying the street entertainment with buskers playing, a crayfish spin and cake stalls.”

Sunday continued to be a hit, with hundreds of locals attending the markets.

Despite inclement weather, locals still put in a good appearance for the Monday Monster Market.