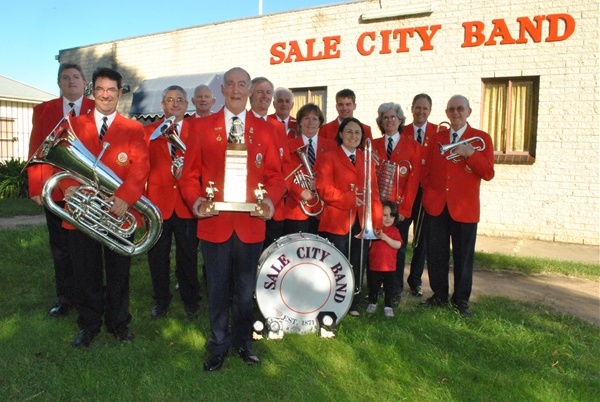 Competing in the D grade section Sale was required to perform four different styles of music.

This comprised a set piece, Celtic Suite, three other pieces, the own choice Saddleworth Festival, a hymn tune Hanover Hymn, and a march Montreal Citadel.

Bandmaster Hugh Davies explained the band’s performance of all the music, which required many hours of rehearsal and a weekend camp, was played at a high standard on the occasion. Four other bands competed in the D grade, Shepparton, East Gippsland, Croydon and Warraparinga from South Australia.

All bands participated in the marching contest held in front of Luna Park, with all 55 bands from around Australia presenting a great spectacle for the audience.

Sale City Band has a mix ages, ranging 16 years to 85 years with social involvement as well as playing music together.

The band is always looking for members, it offers a learners’ class to teach beginners how to play a brass instrument.

It can supply instruments to learn on at an extremely reasonable price.

The band is also looking for experienced players who may have moved into the district.