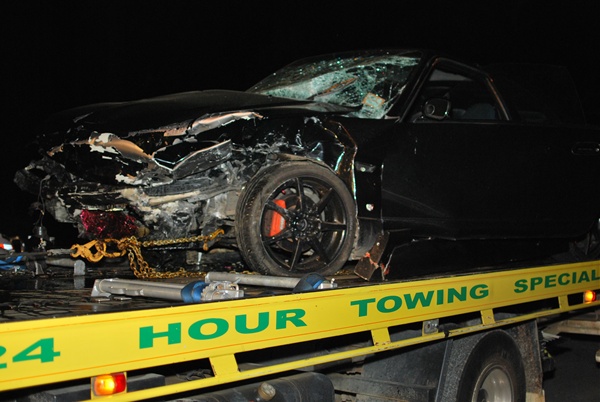 A 25-YEAR-old man was airlifted to Melbourne’s Alfred Hospital after suffering serious injuries in a two car collision on the Sale-Maffra Rd shortly after 11pm on Sunday.

Police are still investigating the cause of the collision, but it is believed the 25-year old driver, who was travelling from Maffra toward Sale, attempted to turn right into Back Maffra Rd, when his vehicle and an oncoming car collided about 11.15pm.

The 25-year-old suffered a broken leg and non-life threatening head injuries, while the driver of the second vehicle, a 54-year old-man, was taken to Sale hospital with a suspected broken leg.

His passenger, a 29-year-old man, was taken to Sale hospital for observation.

CFA and SES crews also attended the crash, assisting with the extraction of the car occupants and clearing the scene.