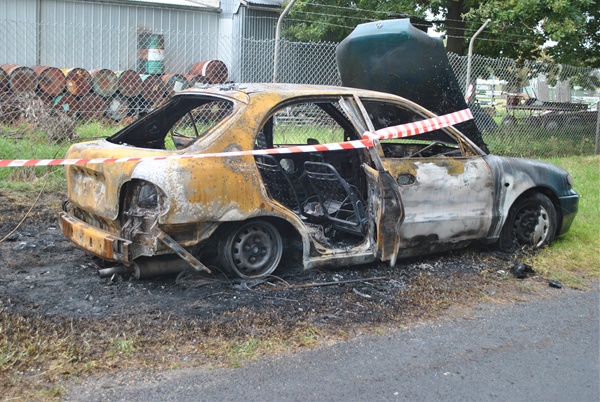 POLICE are seeking witnesses to the theft and destruction of a car in Sale early on Thursday morning, and suspect the vehicle may have been involved in the theft of almost $4000 worth of alcohol from a venue in Stratford.

The burnt-out remains of a dark green Hyundai Excel were discovered in Dawson St, behind the Sale Greyhound Club, early yesterday morning.

Police are investigating the circumstances of the fire.

Police were able to confirm today that the car had been reported stolen, and believe it may have been used by burglars who broke into the Avon Hotel in Stratford.

The hotel was broken into about 4.45am on Thursday morning, with offenders stealing about $3700 worth of alcohol from the premises.

Offenders also shattered several windows, with the damage bill estimated to be about $500.

Police are urging anyone with information regarding the car theft or burglary to phone Wellington Crime Investigation Unit on 5143 5000.