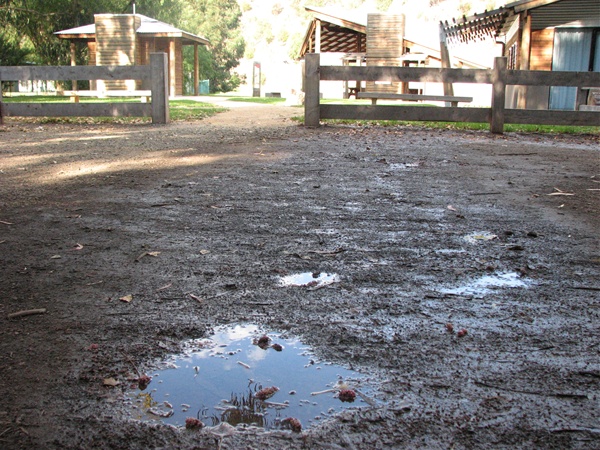 Outspoken shire critic Ralph Barraclough had brought to council’s attention a leakage of what he asserted was raw sewage in front of the public toilets, adjacent to the Licola CFA.

He claimed hundreds if not thousands of people had waded through the sewage, unaware of its nature, and potentially spread a health risk to the community.

He accused council of not having decontaminated a previous sewerage leak and being complicit in creating a health hazard.

Having brought the problem of the sewerage failure to council’s attention, Mr Barraclough had then launched into a litany of the shire’s faults and perceived neglect of Licola when he accused a former shire employee of failure to carry out a duty of care.

“Perhaps I can put it in a letter to the editor of the paper,” Mr Barraclough responded.

“Would it help if I got Channel Nine or Seven in there?” he asked.

“Mr Barraclough, I don’t care whether you got the Queen to walk in the door,” Cr Cleary said.

The Gippsland Times has been informed council staff inspected the toilets on Wednesday and replaced a faulty dispersal valve in the facility’s grey water system.