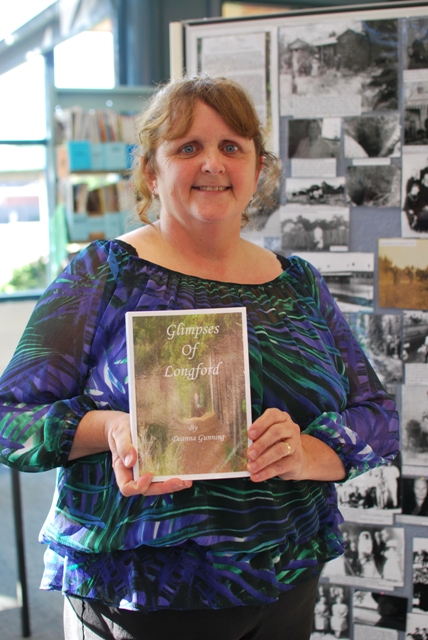 IT’S difficult to imagine that Longford was ever once a bustling trade hub.

Populated largely with new homes on sprawling farmland blocks these days, it would be easy enough to believe Longford has only ever been a sparsely populated area.

However, local historian Deanna Gunning scratched beneath the surface and discovered Longford’s vibrant and important history, which culminated with the publication of her book, Glimpses of Longford.

Ms Gunning officially launched her book in Sale on Saturday with a brief overview of Longford’s past, from the days when it was known as Hilltop in the 1840s.

Originally a squatter’s run situated on about 16,000 acres, Longford was a hub of activity, with a grocery store, tannery, a lime quarry, a wharf, a bacon smokehouse and several schools across the district operating, including primary schools at Dutson and at Coolungoolan, between Longford and Holey Plains.

It wasn’t until 1877 that Longford was renamed as such, because of the “long fords” across the Latrobe and Thompson Rivers.

Flooding often made for a perilous trip to Sale, or Flooding Creek as it was then known, with locals having to carefully negotiate their wagons over a log track until a low-level bridge was installed.

Ms Gunning, who spent six years researching and writing her book, said Glimpses of Longford could easily have been twice the length because of the sheer volume of information she uncovered.

“Longford has lost a lot of its history over the years by way of old buildings being destroyed,” she explained.

“To be honest, I was quite surprised at just how much history is in Longford.

“There is definitely a lot more out there than what people would think.

“I could have written a lot more, but it all needs to be verified with old records.”