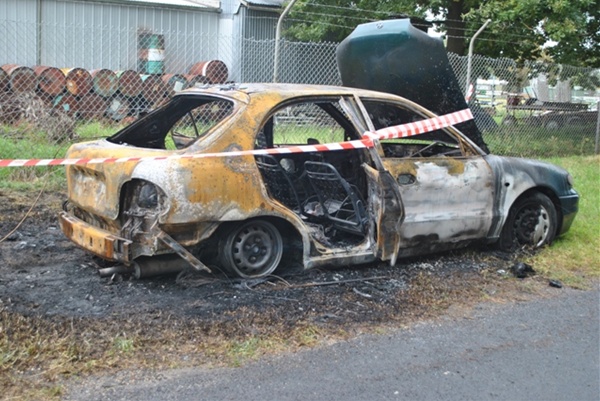 DETECTIVES have arrested and charged three teenagers with burglary, theft, the theft of a car and causing criminal damage by fire after a crime spree in Stratford and Sale last week.

Three Sale males, aged 19, 18 and 16, were arrested and charged by police on Monday after the trio allegedly stole a car and broke into the Avon Hotel in Stratford, stealing nearly $4000 in alcohol.

Police allege they stole a dark green Hyundai Excel early on Thursday morning last week, and drove it to Stratford, where they forced their way into the hotel and stole alcohol valued at an estimated $3700 about 4.45am.

The offenders allegedly drove the car back to Sale, unloaded the stolen alcohol and then dumped the car in Dawson St and set it alight.

Police charged all three with burglary and theft, and the 18 and 19-year-olds with the theft of the car and setting it alight.