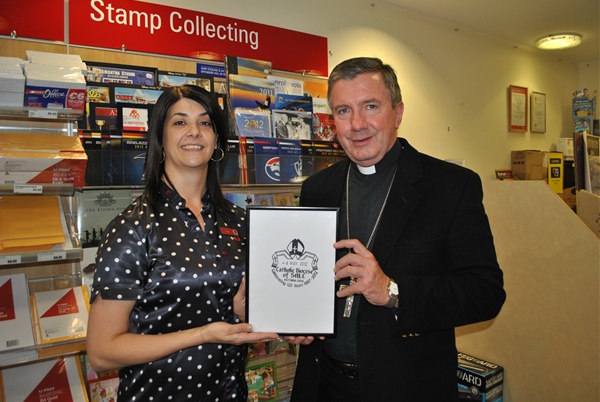 AUSTRALIA Post has released a temporary pictorial postmark to celebrate the 125th anniversary of the Roman Catholic Diocese of Sale.

“Father Michael Kalka, the parish priest at Kew, put us on to this,” he said.

“He is a post mark and stamp collector and requested this postmark to be made.”

“One hundred and twenty-five years ago the diocese was cut off from Melbourne, and a Bishop was appointed the same year,” he said.

“People can request the post mark on their mail for certain items and I send it off to them,” she said.

It will be available until December.