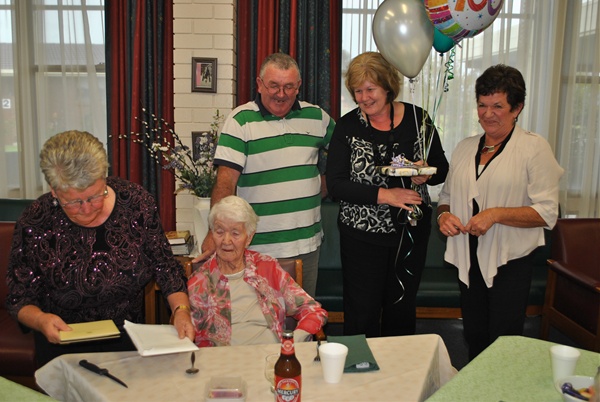 MADGE Mawhinney celebrated her 100th birthday with family and Stretton Park residents over lunch on Wednesday.

A Stretton Park resident since November last year, the family meal with residents was attended by Madge’s two sisters, three children and their families, with one son phoning from the Soloman Islands to wish his mother happy birthday.

Madge, who had an apple cider to celebrate, was read a letter from the Queen by Stretton Park staff while Sonny Lambourn provided entertainment with some country and western tunes.

Madge said her secret to longevity was exercise and a special family.

The celebrations continued with a private party on Saturday.