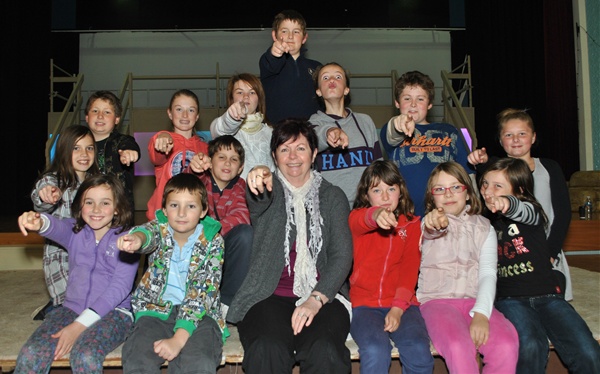 MAFFRA Dramatic Society is set to lift the spirits of a town shocked by job losses at Murray Goulburn.

The enthusiastic team of actors and stage hands will bring together the Andrew Lloyd Webber classic, Joseph and the Amazing Technicolor Dreamcoat from this Friday night.

“Even if we don’t sell any tickets, although we would love to have sell out performances, I have told them they are all winners, because we have done what we were told couldn’t be done,” Beck said.

“In a way it’s the perfect production for Maffra, Joseph triumphs in the end, he overcomes adversity and wins through,” she said.

The cast of 40 has been in rehearsals since February and the involvement of 16 men and a youth ensemble of 14 has lifted the level of excitement in the society and demonstrated there is a wide variety of local talent.

Megan McDonald will make her debut as musical director and will involve many of the Maffra Municipal Band members in the orchestra.

Carolyn Walsh and Brian Teese have designed and built a fabulous set and props and Pauline Hall has been creating fantastic and authentic costumes which will be revealed in tonight’s dress rehearsal.

Adrian Cooper stars as the charming Joseph while Anne Nichols will be the narrator.

Tickets are available for the performances at Wellington Entertainment Centre on June 2 and 3, from the centre’s box office and from Pingvin Booksellers Maffra, 5147 2135 for this week’s performances on Friday and Saturday and the following Saturday and Sunday at the Maffra Memorial Hall.