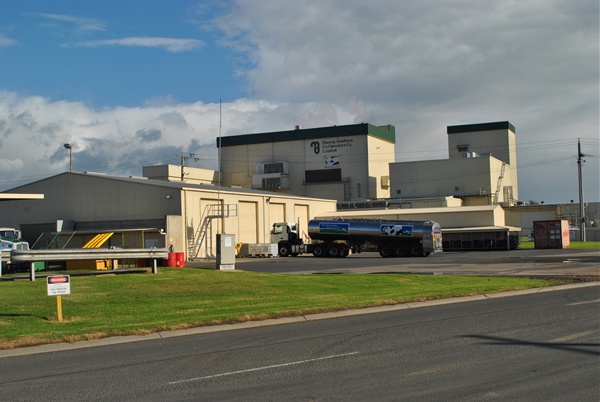 TO boost farmgate prices and reduce costs by $100 million, 300 workers have been given their marching orders from Murray Goulburn.

Fifteen production jobs will go at the Maffra processing plant while 19 transport jobs will be slashed from Gippsland.

The drastic 12 per cent cut to the co-operative’s workforce is hoped to “improve manufacturing efficiencies, reduce head office costs, and aim to increase Murray Goulburn’s global competitiveness and deliver higher farmgate prices,” according to a statement from the company.

Murray Goulburn managing director Gary Helou stated the decision to remove 300 jobs would make a “significant contribution” to the company’s goal of reducing operating costs by $100 million this year.

“It is in the interests of our suppliers, shareholders, employees, communities and customers that MG remains a strong business into the future,” Mr Helou said.

While shareholders and farmers have supported Murray Goulburn’s decision, with the Victorian Farmers Federation stating the decision was essential for the company’s survival, the National Union of Workers has accused Murray Goulburn of being greedy.

“We don’t believe that taking out these . . . (jobs) is anything more than really a push for fatter profits,” NWU Victorian branch secretary Tim Kennedy said.

“It is an absolute disgrace that workers in this situation have to face the prospect of going from permanent work to potentially the growing casual pool looking for work through labour hire agencies,” he said.

Agriculture Minister Peter Walsh said he was disappointed over the job losses, but understood they were necessary for the company to remain profitable.

“It’s a loss that’s been forced upon the company to ensure its survival,” Ms Callow said.

“This is a tragedy for many country towns already struggling with other food processing plants’ retrenchments and closures. But Murray Goulburn has been forced to find $100 million in savings to remain globally competitive.”

Union delegates met with members from Maffra and across Gippsland yesterday to discuss the dismissals.

Murray Goulburn has stated all workers will receive their full entitlements.