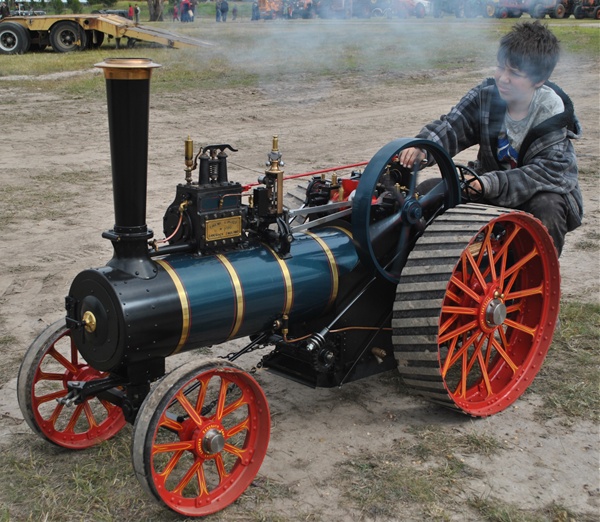 IT was full steam ahead in Heyfield at the weekend, as the annual vintage machinery rally was held at Gordon St Reserve.

With hundreds of varying motors on display, from fully-functional steam powered tractors and engines, to vintage cars, trucks, motorcycles and farm machinery, spectators got a glimpse of what farming life was like a generation ago.

Heyfield and District Vintage Machinery Group spokesman, Jake Coleman, said this year’s rally was the biggest yet, with more than a thousand people attending over the two days of the rally.

“It was our biggest gate taking ever,” Mr Coleman said.

“Overall, it was probably our best rally to date.

“The numbers of exhibitors were up this year, and the weather was very kind to us as well.”

Mr Coleman said he was especially pleased with the displays of steam engines, saying it was rare to find so many on show in east Gippsland.

“We had a really good roll up of steam engines for this area, considering most steam engines are located in Ballarat and Echuca,” he explained.

Among the machines on display were more than 40 vintage motorcycles, about 50 vintage cars and trucks, and an assortment of restored farm machinery, including water pumps, motorised saws and rock crushers.

Mr Coleman said the biggest draw card of the rally was the grand parade held on both days.

“The vintage tractor pull was also really popular. We had about 35 or 40 people entering that,” he said.