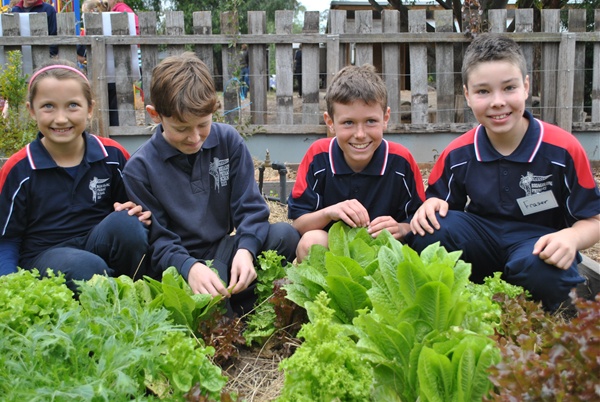 Ms Alexander’s pioneering approach to food education is now flourishing in many schools, with state government funding recently announced to allow the program to continue for the next three years.

Briagolong Primary School captain Shirley McLean said students had also completed a number of tasks in constructing the garden, including weeding and building the chook shed.

Gippsland East MLA Tim Bull, who officially opened the new garden, said it was important children got an appreciation of food and where it comes from early in their education.

“Paddock to the plate is really important, the more we can do to get students involved with healthy eating is great,” he said.