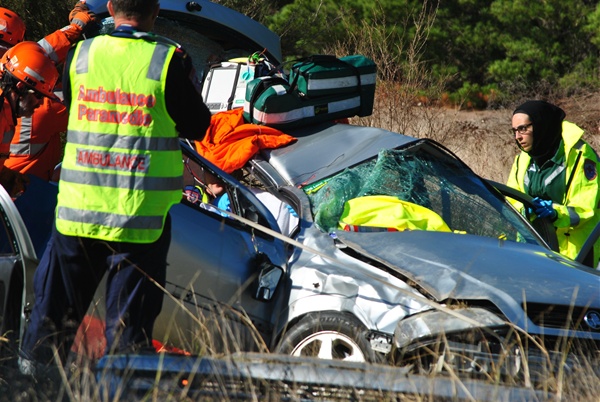 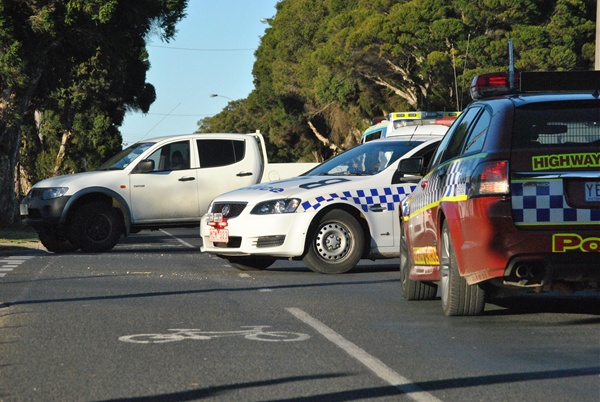 A SPATE of car crashes locally resulted in two people being hospitalised and kept emergency workers busy this week.

The first crash happened on Tuesday morning along the Longford-Rosedale Rd, where a man in his 70s rolled his car.

An eyewitness told police the man was driving towards Longford about 11am when his car drifted to the left of the road, the wheels hitting the gravel shoulder.

The witness said the driver then over-corrected and veered off the right side of the road, hitting a ditch and rolling.

Minutes later, emergency services arrived and began extracting the man from the car.

SES and CFA crews, along with paramedics and police, worked for about 45 minutes to free the man from his car.

The man, who was conscious throughout the rescue, received serious head and chest injuries, and was later conveyed to Melbourne’s Alfred Hospital for treatment.

The man was the sole occupant of the car and police are awaiting blood test results to rule out whether alcohol or drugs contributed to the crash.

“People need to pay more attention while behind the wheel,” he said.

“This is an example of where something so simple as not paying attention for only a few seconds can cause life-changing injuries.”

On Wednesday afternoon, traffic around Palmerston and Macarthur Sts was stopped as two crashes occurred within minutes of each other.

About 3.15pm, a car was travelling north along Palmerston St, and at the intersection of Palmerston and Macarthur Sts, turned right into Macarthur St.

As the car turned into Macarthur St, it hit an elderly woman who was crossing the street, knocking her down.

Police said the woman was taken to Sale hospital with what initially appeared to be non-life threatening injuries.

Traffic was also stopped along Palmerston St until after 4pm, as police were also busy helping direct traffic around a two-car collision near OA Ruff Stadium.

Nobody was injured in that collision.

Again at 4.45pm, police attended a single car crash on the corner of Inglis St and Somerton Park Rd, where a Toyota Hilux had rolled while turning into Somerton Park Rd.

The car had three male occupants, none of them injured.

Police are now investigating the circumstances of that crash.