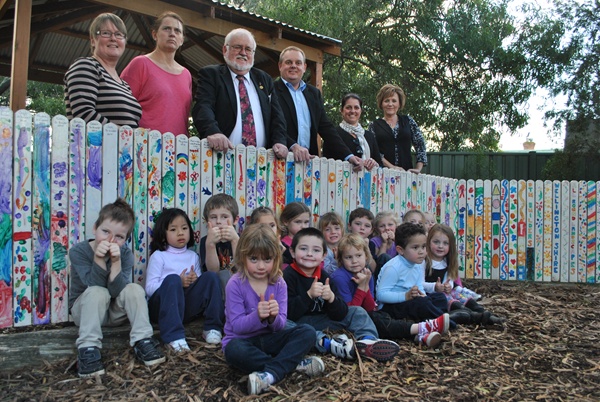 Maffra’s Glassford Kindergarten will be better placed to deliver concurrent sessions and achieve universal access for all four-year-olds from 2013, following the announcement of nearly $300,000 in State Government funding for extensions.

Gippsland East MLA Tim Bull announced on Wednesday that Glassford Kindergarten was one of three local early childhood services in east Gippsland have been successful in receiving funding, the other two based in Orbost and Swifts Creek.

“This is great news for the children in Maffra as well as other regions of east Gippsland, who will benefit from this investment into their education well into the future,” Mr Bull said.

“I am especially proud that local services have received much needed funding to help increase their capacity,” Mr Bull said.

UnitingCare Gippsland representative Sue Grogan-Williams said the funding would give the kindergarten a greater capacity for community services.

“This funding will provide a multi-purpose facility that will fulfill the requirements for the kindergarten to provide 15 universal hours access, but allow us to continue working in partnership with other local children’s programs such as playgroups, occasional childcare and offering kindergarten to three-year-olds,” she said.