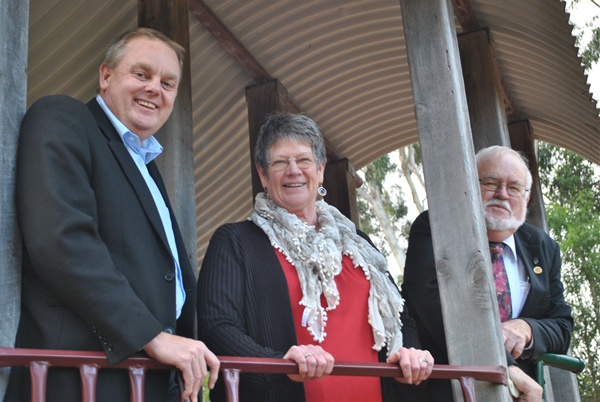 Heyfield’s Apex Park will receive a major overhaul following $275,000 of state and local government funding, with the redevelopment expected to be completed by the end of the year.

Works are expected to begin in the new financial year.

“The redevelopment project will create a park which reflects the aspirations of the Heyfield community, with a truly sustainable and nature driven focus,” Mr Hastie said.

“Plans for the redevelopment project have been drafted following a period of extensive consultation with the Heyfield community and include a complete revitalisation of the children’s play space which will become a nature-inspired, bush-themed playground dotted with carvings of native animals.”

Other proposed works include the development of a dry creek bed, revegetation planting, upgrades of the park furniture and litter bins, development of a natural amphitheatre enhanced with natural sandstone walls, addition of solar lighting along the central park pathway, development of an open space activity area and the construction of a multi-purpose shelter suitable for community activities, including a double barbecue.

Gippsland East MLA Tim Bull said the park was the main play area in town, but had not seen a significant investment for a number of years.

“Funding will allow Wellington Shire Council, which is also making a significant contribution of $125,000, to create an open space for the public which facilitates physical activity and social connectedness,” Mr Bull said.

“The project will greatly enhance the parkland, which contains infrastructure that is out of date and in some cases not compliant with current standards.”

“Putting Locals First is a $100 million initiative that enables regional communities to devise and deliver service and infrastructure responses that reflect local priorities,” he said.