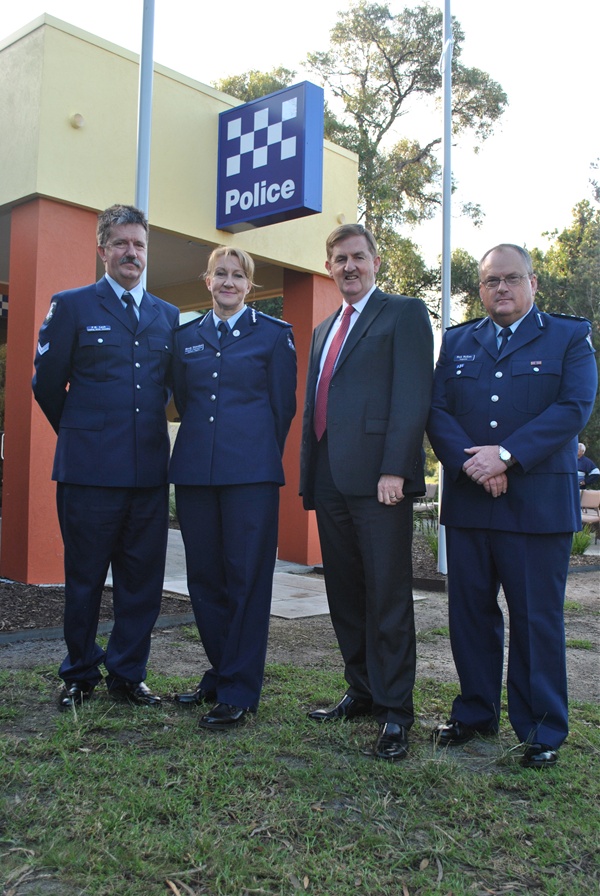 MORE than a decade of lobbying paid dividends for Loch Sport on Friday, when its brand new $750,000 police station was officially opened.

The first purpose-built police station to be created in the town’s history, the new facilities will not only provide coastal residents with a regular police presence, but also has the capacity to house more police officers as the town’s population swells to nearly 8000 during the Christmas break.

Opened by Police and Emergency Services Minister and Gippsland South MLA Peter Ryan, with Victoria Police Assistant Commissioner Wendy Steendam, both reflected on the hard work carried out by community members in securing the new station.

“I think today the facilities we have are quite spectacular,” Assistant Commissioner Steendam said.

“I think more importantly, this station is a testament to those in the community that worked with Victoria Police and the State Government to ensure there is a permanent police presence here.”

Mr Ryan said the new facility was an important investment in community safety in the area and would provide better support to the community’s station officer.

“This is the realisation of a dream of many, many people,” he said.

“This is more than just bricks and mortar — this is the realisation of what so many have pined for and worked so hard for for so, so long.

“This station has been designed to cater for changes in policing requirements over time and will serve the Loch Spot community for decades to come,” Mr Ryan said.

The station has been staffed by Leading Senior Constable Peter Lock since late December, who outside the holiday periods is the sole officer at the station.

Before the new station was built, Ldg Sen Const Lock was working out of a DSE office in Loch Sport.

“It’s a great facility — it works really well and it’s really functional, from an operational point of view, and it’s large enough to cope with the holiday policing as well,” Ldg Sen Const Lock said.