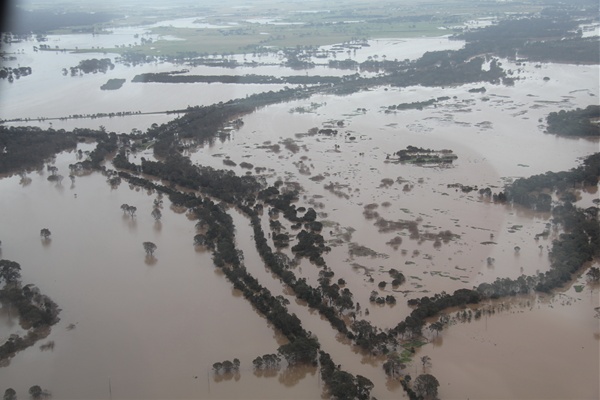 LOCH Sport was evacuated and Newry narrowly avoided major flooding this week, as both Glenmaggie and Cowwarr weirs each spilled nearly 60,000 megalitres of floodwater on Tuesday.

When storms on Monday dumped 59.6mm of rain on Sale alone, Southern Rural Water began releasing water from Glenmaggie on Monday afternoon ahead of more rainfall.

By 8pm that night, Glenmaggie was releasing water at a rate of 11,000 megalitres per day, and Cowwarr at 6236 megalitres.

However, by morning the releases from Glenmaggie and Cowwarr had drastically increased to 57,000 and 54,615 megalitres respectively, edging close to the 60,000 megalitre release rate that would have severely flooded Newry.

Tinamba wasn’t so lucky, and on Tuesday morning emergency service workers were frantically sandbagging homes and businesses in the area to mitigate the damage.

Residents of Hollands Landing were ordered to evacuate by the SES at 9.45pm on Tuesday night.

The Thomson River Caravan Park, just outside Sale on the South Gippsland Highway, was evacuated at 6am on Wednesday morning, with residents reporting they had to wade through knee-deep floodwaters to escape.

Several cars at the caravan park were swamped by water.