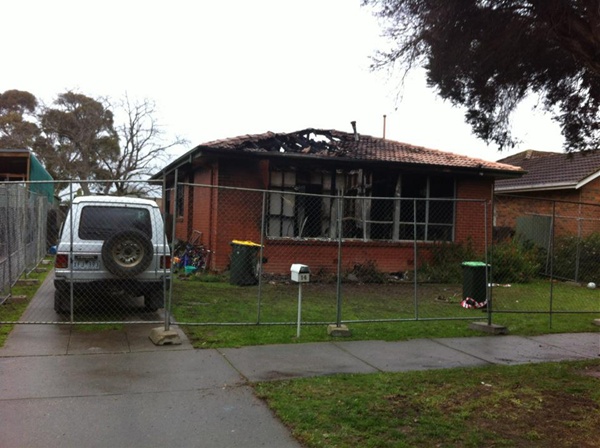 SIX people were lucky to escape a house fire in Sale without serious injury early on Tuesday morning.

A fire broke out in the Ray St home about 2.10am on Tuesday morning, with the six occupants of the home managing to safely get out of the burning building.

CFA firefighters arrived on the scene minutes later, and with paramedics, treated the victims for smoke inhalation.

One of the victims also received minor cuts to the arms.

CFA crews from Sale, Maffra and Longford worked for about 35 minutes to contain the blaze, which according to CFA Region 10 operations manager Alan Rankin, was not being viewed as suspicious by CFA.

“The fire was contained to the front section of the home, with the rest of the home receiving smoke and water damage,” Mr Rankin said.

“The cause of the fire is still undetermined, but we’re treating it as non-suspicious.”

Mr Rankin said the fire served as a timely reminder for locals to check their smoke detectors.