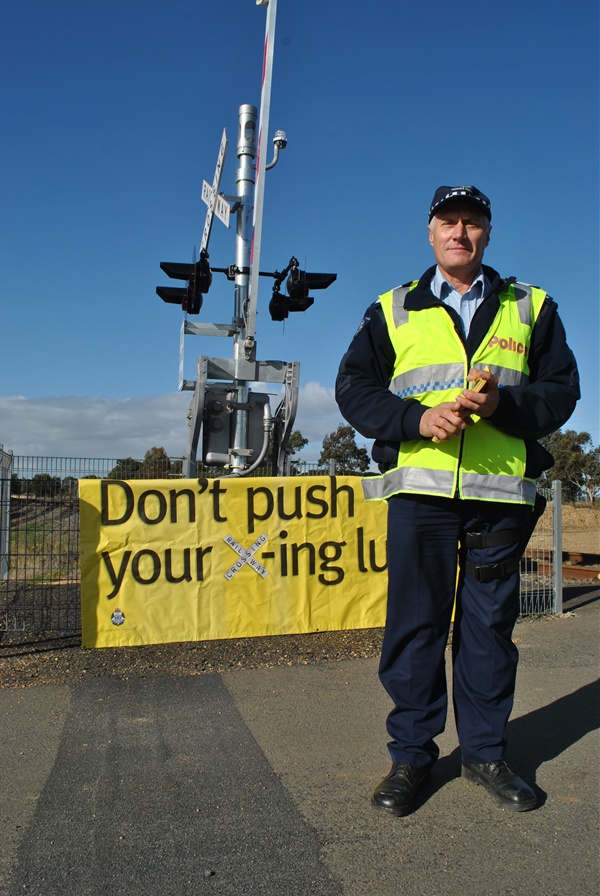 COUNTRY drivers are being urged not to “push their x-ing luck” by Victoria Police as part of a new campaign about safety at level railway crossings.

“Intelligence we received from V/Line indicates that at this crossing, there are a lot of reports of near misses and drivers flouting warning signals here,” Sgt Vonarx said.

“In rural areas, there’s also a large problem with driver complacency at level crossings,” he said.

“People are used to driving over railway lines at certain times when there are no trains, so they fall into the habit of not carefully checking for trains.”

Among the measures police will be taking include sending plain-clothes officers in unmarked cars to monitor high-risk crossings across the region.

Drivers caught ignoring crossing warnings will not only be fined $611 and lose four demerit points, but can also have their cars impounded.