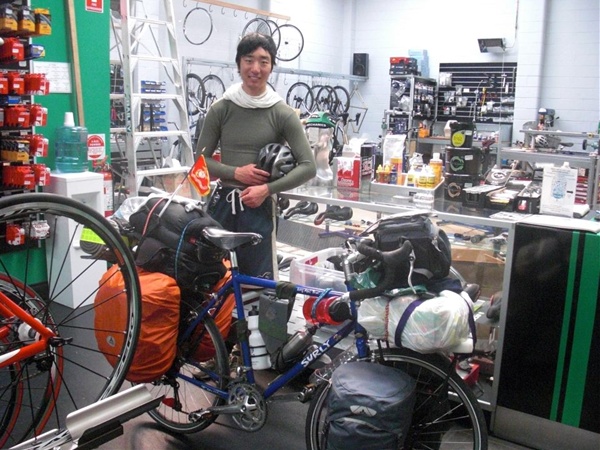 AN American tourist making his way around Australia has been left stranded in Sale after his bike was stolen on Saturday night.

Ken Harinishi from Los Angeles had made his way from Alice Springs to Adelaide, the Great Ocean Road, Melbourne and Tasmania before stopping in Sale where thieves struck.

He has lost almost all the possessions he had in Australia, which were stowed in panniers on the bike.

They included his passport, all his clothing, a small white Asus laptop, camping gear including a sleeping bag with an outer shell and a small cooking pot.

Personal items will be more difficult to replace.

A former US Marine, he had a marine corps flag with him and a desert-coloured marine corps hat which he was planning to give an Australian Air Force friend in Canberra.

The bike was taken from outside the Star Hotel on Saturday night at 10.56pm, security vision showing a man dragging the locked bike into an alleyway where it was loaded into a white dual cab.

The man was wearing a red plaid shirt with a pattern of small squares, a grey hoodie and white shoes.

Mr Harinishi said it was a setback, but people had been helping him. Some had offered him bikes, and a man some money to help out.

Anyone with information about the theft can phone Sale Police on 5143 5000.