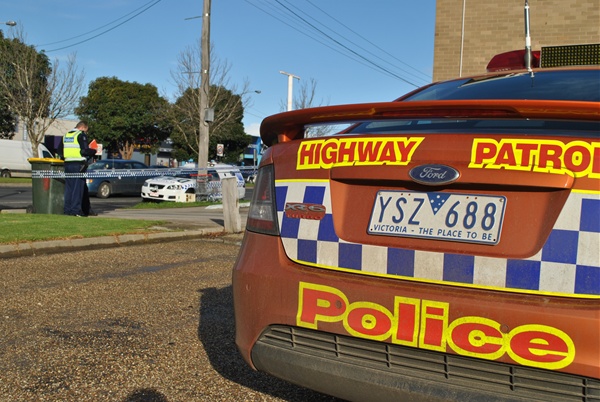 A FATAL car crash, a stabbing, an assault on a police member, a drug bust and another car crash kept police officers in Sale busy from Friday through to Monday.

The trouble began at 1.50pm on Friday afternoon in Sale, when a man was taken to hospital in a serious condition after he was stabbed.

The incident happened after an altercation between the victim, a 45-year-old man, and a 24-year-old woman, resulting in the man being stabbed once in the torso at a residence in York St.

An ambulance was called about 1.50pm, and the man was taken to Sale hospital in a serious but stable condition.

Police established a crime scene, cordoning off the area for the afternoon, and arrested and interviewed one person in relation to the stabbing.

As of yesterday morning, no charges had been laid and the investigation is continuing.

Police then shifted their focus to Heyfield, as an ongoing investigation into drug trafficking in the town culminated in several warrants being executed and eight people being arrested – including one man who threatened to kill a police officer.

On Friday detectives from Wellington, East Gippsland and Latrobe Crime Investigation Units, along with members from the Morwell Tasking Unit and Wellington uniform members, executed nine warrants in Heyfield, Glenmaggie and Toonganbbie.

A 28-year-old Winnindoo man was arrested and charged with trafficking a large commercial quantity of Methly-Amphetamine and cannabis and making threats to kill against an officer.

He appeared in the Sale Magistrates’ Court today and was remanded in custody to reappear in September.

Police also arrested a 59-year-old Winnindoo woman who is currently assisting them with their enquiries.

In a previous stage of the operation in March, police seized a substantial amount of drugs and cash and arrested a 23 year old Heyfield woman and a 50 year old Narre Warren woman.

They were all charged with drug trafficking offences.

On Friday police also charged three men aged 39, 23 and 19, all from Heyfield, a 28-year-old Glenmaggie man, a 38-year-old Toongabbie man and a 28-year-old Traralgon man with drug trafficking and possession offences.

On Saturday afternoon, police then attended a fatal car crash, where a woman was killed and two occupants were injured after their car rolled over near Bairnsdale.

The woman, aged in her 50s, was driving on the Princes Highway near Lindenow South when her car left the road and overturned soon after 4pm.

The two other occupants in the car — a male front seat passenger in his late teens and a female in the back seat aged in her 50s — were injured in the crash.

The male received severe injuries and was airlifted to Melbourne’s Alfred Hospital.

The woman in the back seat of the car received only minor injuries and was taken to Bairnsdale hospital.

The driver died at the scene of the crash.

Later that night, a female police officer sustained facial injuries when a woman kicked her in the face.

About 7.30pm on Saturday night in Sale, police were assisting paramedics by transporting to hospital a woman who had been injured in an altercation.

The woman was allegedly being aggressive and violent.

Police took the woman to Sale hospital, and when they arrived and attempted to let her out of the back of a police van, she allegedly became violent towards the officer and kicked her in the face.

The woman was charged with assaulting a police officer.

Then on Monday morning, a man in his 20s was taken to hospital with minor injuries after he crashed his late model car into a concrete bollard near the clocktower in Raymond St, Sale.

CFA and ambulance crews helped free the man from the wreckage as police stopped traffic on the busy street.

The man was the sole occupant of the car, and nobody else was injured in the crash.