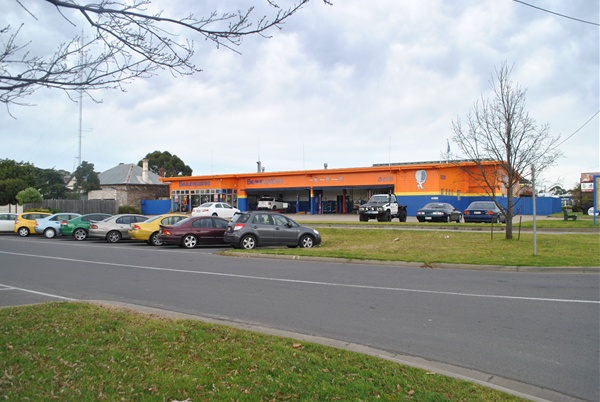 A DAN Murphy’s liquor outlet may be coming to Sale.

But first a Cunninghame St residential property, between Beaurepaires tyre service and the Ambulance Victoria station, has to be rezoned.

To enable the development of the bottle shop, Wellington Shire Council will ask Planning Minister Matthew Guy for the authority to prepare and exhibit planning and rezoning applications for the land.

Cr Malcolm Hole disqualified himself from debate, citing a conflict of interest because a family member manages a Dan Murhy’s outlet.

The land at 120-122 Cunninghame St, is currently zoned Residential 1 and contains an existing house, so is prohibited from being used for a liquor outlet.

The Beaurepaires site is contained in the shire’s planning scheme’s Mixed Use Zone and under the proposal it would be consolidated with the rezoned residential block to allow redevelopment of the existing Beaurepaires building for use as the bottle shop.

There would be relocation of vehicle access points on York St and Cunninghame Sts, with truck loading, and unloading areas to the east of the site, with trafficable access through the site to enable trucks to leave in a forward motion.

The application suggests advertising signage, branding and colour schemes would be typical of forms used across Australia.

Council was advised that given the proximity of the other licensed premises the application was assessed as being part of a “cluster” and not considered a sensitive use.

Therefore no environmental audit is required.

The application to build the Dan Murphy’s bottle shop on the south east corner of Cunninghame and York Sts, Sale was made by F R Perry and Associates on behalf of R and C Property Investments.