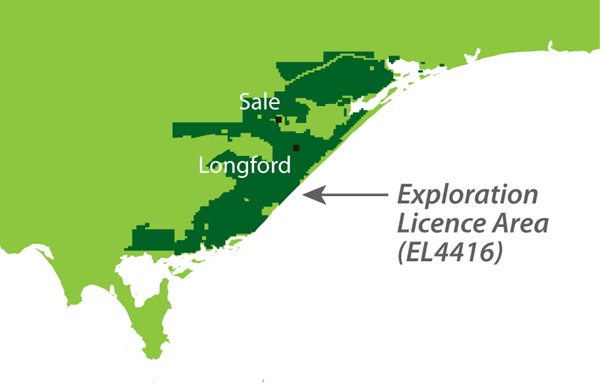 ExxonMobil representative Chris Welberry said with oil in Bass Strait beginning to become depleted, there was a need to explore new sources of gas.

“The Bass Strait fields, which are a part of the Gippsland Basin, the offshore part, about three quarters of the crude oil that Australia has ever produced has come out of those fields,” he said.

“A lot of the oil is now depleted, much of the natural gas that supplies the east coast of Australia comes from those fields.

“We have used about half of the natural gas in Bass Strait.

“Based on the gas that is available in the east coast of Australia, we probably have got more than a decade of gas in Bass Strait, maybe two decades, it really depends on where demand goes.

“We are a business that has to look to the long term, and we have to find those new sources of gas that can supply us into the future.

“We’re continuing to search in Bass Strait, we’ve been doing it for four years, it’s getting harder and harder. But we also need to look for new sources and that’s why we are getting involved in coal seam gas.”

Mr Welberry said he believed onshore operations and agriculture could co-exist, adding there would be no impact on aquifers.

“What we are looking at doing, would be just to access the coal seam, we wouldn’t be impacting the aquifers in any way,” he said.

“In fact one of the key criteria we are going to have as we develop this program, is to identify coal seams that are not connected to the aquifer, because if they are we cannot produce the gas from it.

While Mr Welberry wouldn’t be drawn on whether hydraulic fracturing would be required, he said ExxonMobil would be transparent about any chemicals used in the process should it occur.