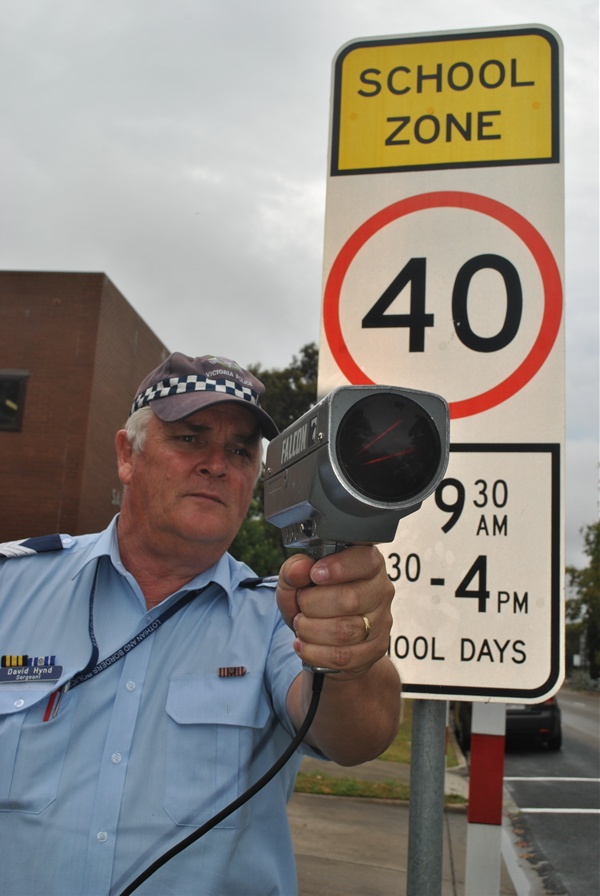 POLICE and parents alike are urging motorists to be vigilant around school zones next week, as children will be heading back to school.

With several variable school zones around Sale to come back into force from Monday, one local mother, contacted the Gippsland Times to issue a plea for drivers to take extra care around primary and secondary schools.

Julie, who requested her surname be withheld, said she had recently witnessed several drivers speeding through permanent 40km school zones.

“I’m really concerned about all the kids’ safety, especially in areas that are designated as 40km zones 24/7,” she explained.

“People need to understand, there’s still a huge risk driving past schools outside drop off and pick up times.

“A child could be chasing a ball and run out onto the road, and if someone was speeding through there like I’ve seen them do so, there’s a real chance a child could be badly hurt or even killed.”

Julie said some of the driving she had seen around school zones had left her speechless.

“It just makes me feel so angry, to see that people are just so belligerent,” she said.

“It shouldn’t take a parent having to come out and say these things – you’d think people would understand and respect these speed zones.”

Police echoed Julie’s sentiments, with Sale police Sergeant Brendan Summers warning drivers there would be zero tolerance for anyone caught speeding in a school zone.

“School zones are 40km an hour for a reason,” Sgt Summers said.

“They’re in force for one reason only – for the safety of the kids.

“There is no excuse for speeding through a school zone, and if you’re caught, you’ll pay the price.”