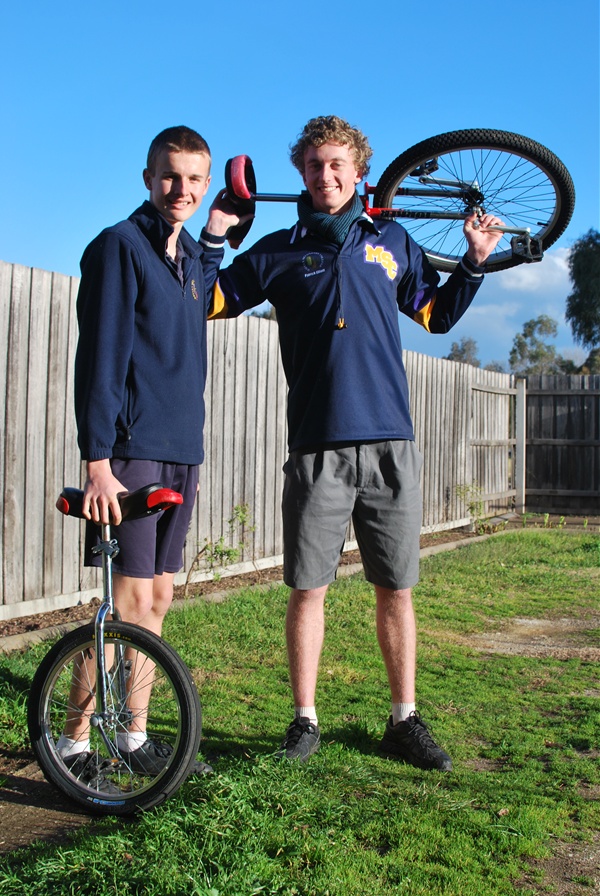 TWO Maffra teenagers will attempt a rather perilous unicycle ride from Maffra to Briagolong later this month to help raise funds for trips they will be going on.

Patrick Elliott, in year 12 at Maffra Secondary College and Michael Landon, in year 9, hope to ride the 18.5km from Maffra to Briagolong in about three hours.

Both boys have been practicing their unicycle riding, with Michael explaining he’d been regularly riding around Sale’s Lake Guthridge.

“Patrick and I know each other quite well, so this has been pretty fun to do,” Michael said.

“We’re both pretty excited for the ride, but pretty nervous as well,” he laughed.

Patrick and Michael will depart on their unicycle ride on Saturday, July 28, from Pingvin Books in Maffra at 10am. Anyone wishing to help out by sponsoring either of them can find more information in store at Pingvin Books or by phoning the store on 5147 2135.

A full-length feature story on Patrick’s journey to London will be in next Friday’s Gippsland Times.