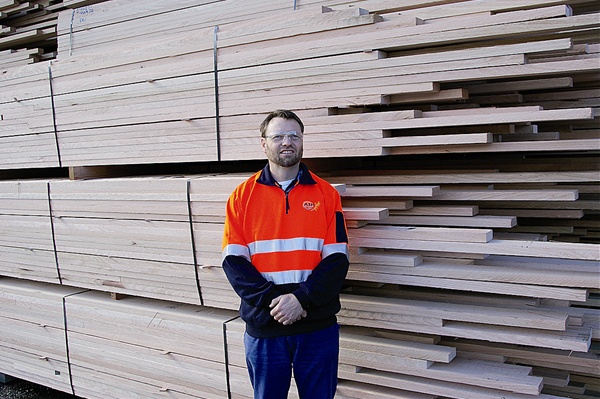 PLANS by Australia’s biggest hardwood sawmill and timber processing operation, Australian Sustainable Hardwoods at Heyfield, to produce electricity from its waste have been stymied by provisions of the Federal government’s carbon pricing scheme.

ASH chief executive Vince Hurley explained that despite the operation purchasing only regrowth ash (timber) certified under the Australian Forestry Standard as being a sustainable resource, and being certified to ISO14001 International Environmental Standard, AS4801 Australian Safety Standard and AS4707 Chain of Custody for Certified Wood and Forest products, its waste cannot be used to generate power because of compromises negotiated between the Greens and the government.

Mr Hurley summarized the dilemma the company faces as being caught by the agreement between the Greens and the Australian Labor Party enabling the carbon-pricing scheme to pass through the parliament on the provision that anything originating in native forest could not be eligible for carbon credits, and could not qualify as renewable energy.

“We (ASH) could build a power station here quite easily, a turbine that could supply our own power, Heyfield, Maffra and more with renewable energy power, just by burning our waste,” Mr Hurley said.

“Now sure it (brown coal power) is going to go up in price but not to the extent where you have a differential that is going to pay back the cost of the equipment.”

Mr Hurley argues that a hardwood sawmill utilizing regrowth ash, certified as renewable and having chain of custody for supply, should be treated the same as mills using Radiata pine produced from high-input plantations on land that was formerly productive agricultural land.

For more, including details about how the Heyfield mill’s new ownership has impacted operations, read Friday’s Gippsland Times.