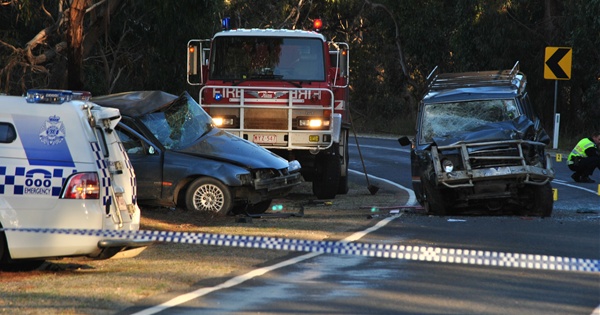 POLICE are investigating a collision on Thursday which claimed the life of a 19-year-old local man and hospitalised another local man aged in his 20s.

Investigators are compiling witness statements as they try to ascertain what led to the fatal crash.

What police do know is a sedan, driven by the 19-year-old man, was travelling east on the Seaspray Rd about 2.20pm that afternoon when the vehicle appeared to veer into the oncoming lane and collided head-on with the driver of a four-wheel-drive.

The 19-year-old died at the scene.

Police are awaiting toxicology reports before they can confirm or rule out any drug or alcohol related impairment.

However, they haven’t ruled out that the sun, which was low in the sky at the time of the crash, may have contributed to the crash.

The injured man received serious but non-life threatening injuries and was airlifted to the Royal Melbourne Hospital as a precautionary measure. He has since been released from hospital and is now back home with his family.

Police are preparing a report for the coroner. Anyone who witnessed the crash is asked to phone Sale police on 5143 5000.