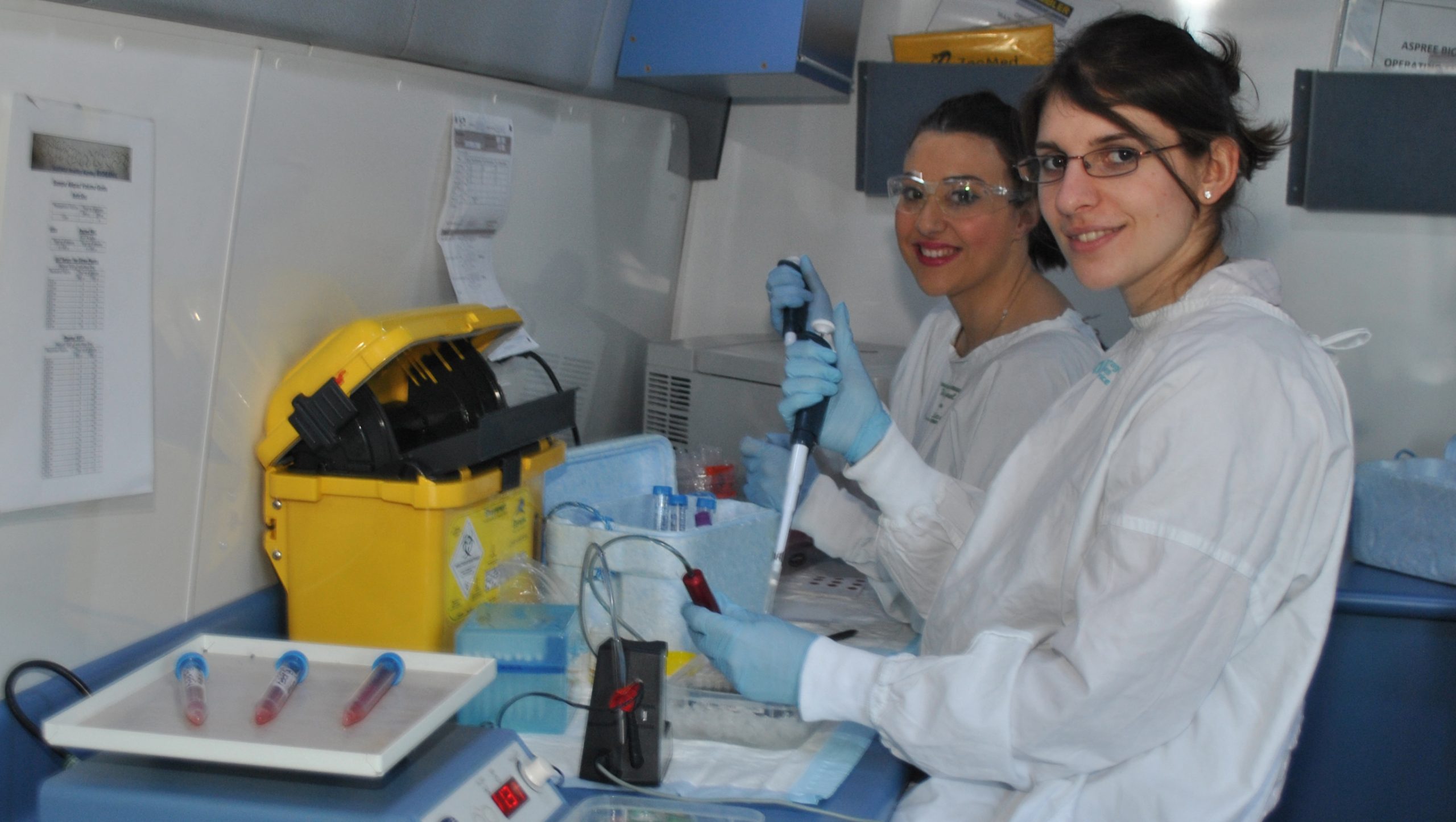 RESEARCH assistants Jacqueline Duval and Angie Petropoulos were out for blood this week when the ASPREE BioBus stopped in Sale.

As part of a sub-study to the ASPREE (ASPirin in Reducing Events in the Elderly) study led by Monash University, they collected blood samples from 12 participants, adding to the 10 samples taken by another team the week before.

The samples were processed on the self-contained mobile science laboratory, then stored in liquid nitrogen at four degrees to be transported back to the Alfred Hospital in Melbourne for future testing.

The ASPREE study is the largest disease prevention study undertaken in people aged 70 and over.

It hopes to identify biological factors that lead to the onset of diseases, including heart attacks, strokes and Alzheimer’s disease in the elderly, trying to determine if low dose aspirin can keep people healthier for longer.

The BioBus was designed to reach out to regional communities, allowing people who don’t usually get the chance to participate in medical research to take part.