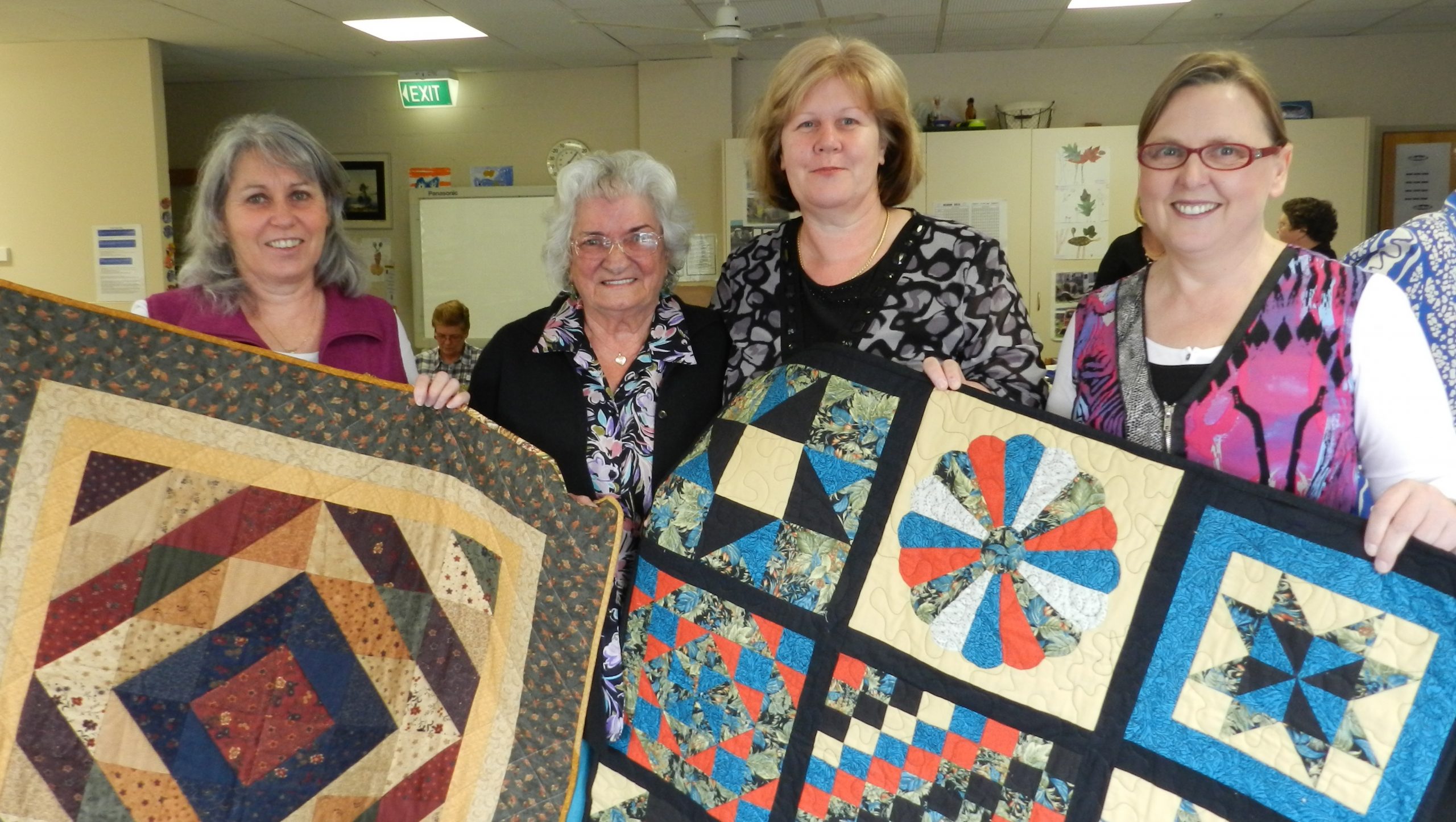 Primary Patchworkers founding member Cheryl Field said that the group formed 25 years ago when the parents of Guthridge Primary School, Sale, students and some of their friends wanted to learn how to quilt.

The group now meets on the third Sunday of every month in Sale and has 28 listed members, including three of its founders. While in the early days they made quilts to raffle off for the school, this time they are donating them to residents of the McDonald wing of the Stretton Park Hostel, who helped to make them.

Stretton Park manager Robyn Cotterill said, “As a manager of an aged care facility, the aim of Stretton Park is to bring the community into residents and create awareness of residential aged care as a positive environment, then enable residents to be part of what is going on outside.”

Ms Field said that once every year the Primary Patchworkers make a big quilt to action off for charity.

As such, they are currently making a quilt for the fund set up in support of Travis Abel and his wife Eleanor, a valued employee of Stretton Park.

Travis, who had just been diagnosed with leukaemia, collapsed ill two days after they were married, due to blood clots formed by the cancer.

While he is on the mend, having regained some movement along his right side, wife Eleanor said he is looking at a long recovery.

Eleanor Abel said that Travis was looking forward to an operation which would replace part of his skull, which was previously removed to alleviate pressure on his brain.

Currently at St. Vincent’s hospital in Melbourne, the couple hope that Travis will soon be well enough to be transferred to Latrobe Regional Hospital to complete the better part of his rehabilitation.