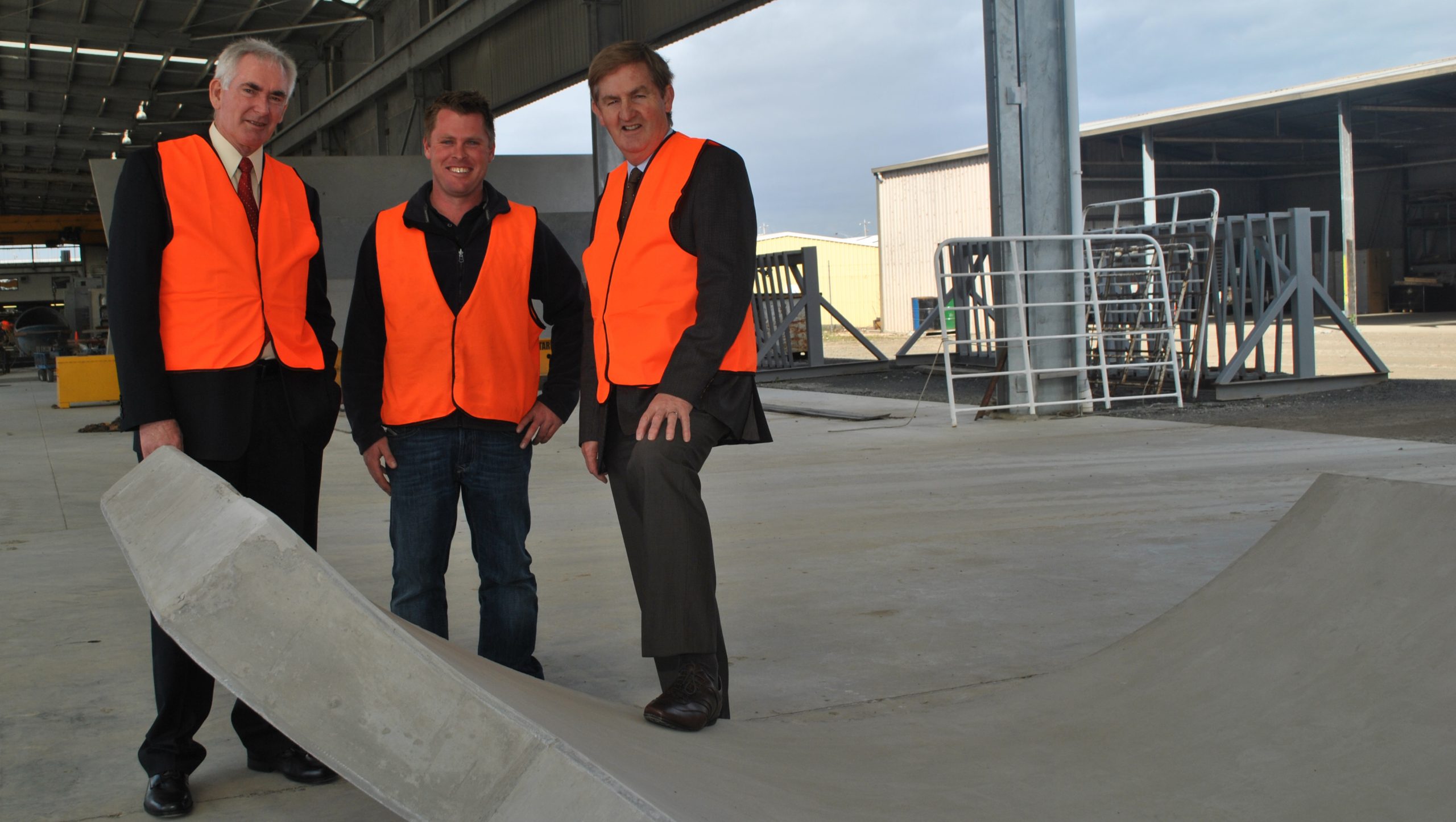 A PROJECT which could create at least 15 new jobs has received $150,000 in state government support.

In a $700,000 project, GBG Concrete and Construction will expand its Sale facility with help from the government’s Latrobe Valley Industry and Infrastructure Fund, designed to help facilitate new employment opportunities and leverage new private sector investment in the region.

“GBG Concrete and Construction is a large family-owned business that employees about 80 people, and this major expansion project is expected to create at least 15 new jobs,” he said.

The company, which provides civil, in-situ concrete, precast concrete and other construction services to a wide variety of clients through Victoria and interstate, has outgrown its current 180 metre by 18m facility. The company will increase the building by 30 per cent to 4248 square metres, making it 236m by 18m.

“The project will also upgrade the power supply to the property so that additional lighting and manufacturing equipment can be installed along with a 30 tonne overhead gantry crane,” Mr Ryan said.

The extra factory space, Mr Ryan said, would position GBG to be more competitive in the tendering process for planned future projects.

“These major improvements will enhance productivity, particularly by reducing the risk of delays when sourcing from other providers outside of the region and removing extra costs involved in road logistics,” Mr Ryan said.

The GBG expansion is expected to be completed by December.