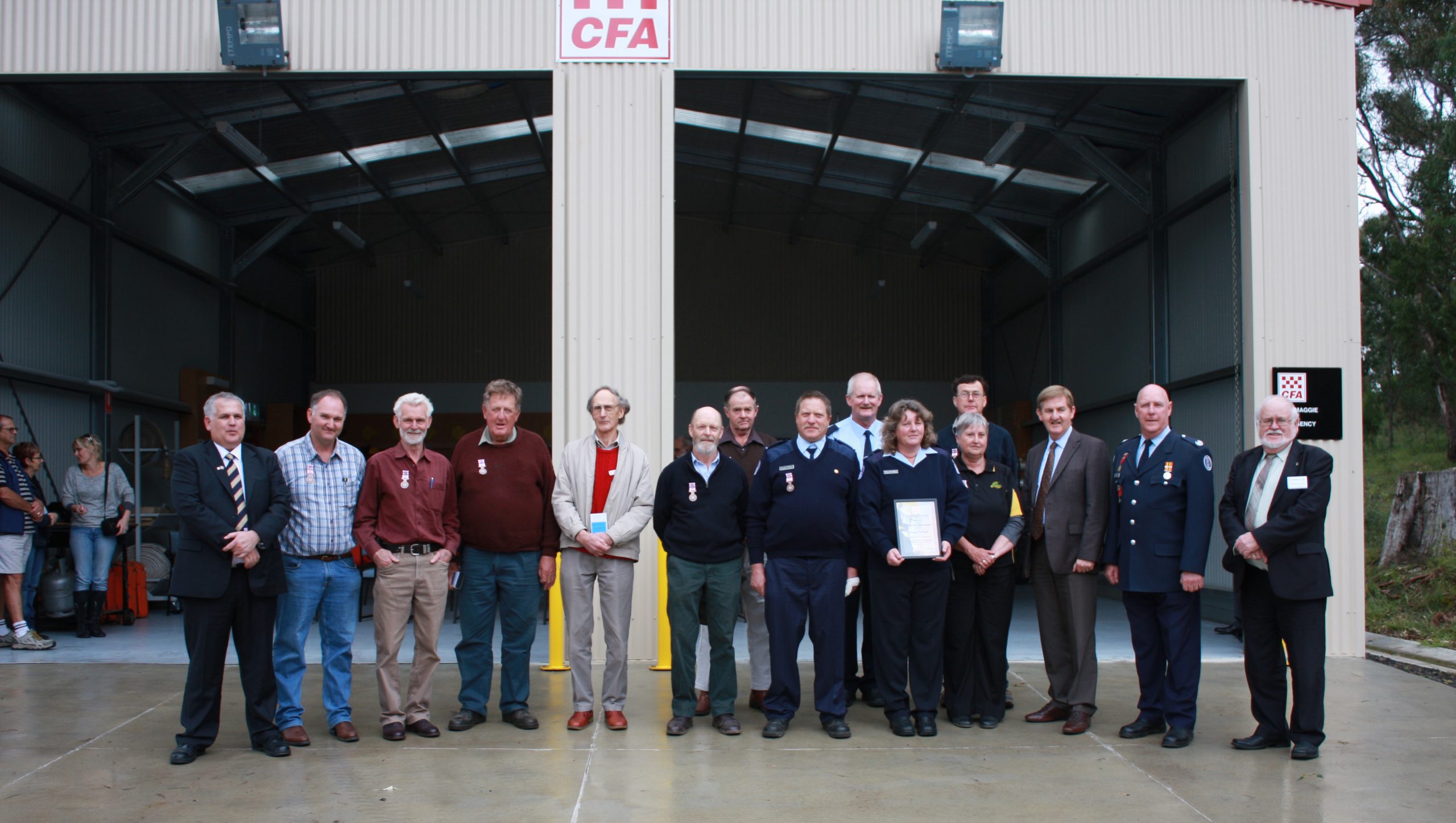 GLENMAGGIE fire brigade’s volunteers will be better equipped to protect their local community from the threat of fire following the official opening of the new $420,000 Glenmaggie CFA station.

Acting Premier and Police and Emergency Services Minister Peter Ryan said the new Glenmaggie CFA station was an investment in the safety of the local community, which the local brigade’s 53 volunteer members dedicated their time to protect.

“This new facility will better enable the Glenmaggie CFA brigade to respond to fires and other local emergencies,” Mr Ryan said.

“The brigade attends approximately five incidents each year and played a vital role in fighting deadly fires in February 2009, attending almost 10 fires during that summer.

“The new CFA station will complement this work by providing the local volunteers with a modern base from which to carry out their important work.

“Local agencies such as the Glenmaggie CFA are the backbone of Victoria’s emergency service response and it gives me great pleasure to be able to support them in the great work that they do.”

Mr Ryan said the new Glenmaggie CFA station was funded through the CFA’s capital works program and drew on local labour and contractors for the majority of the work.

During his visit to Glenmaggie, Mr Ryan also presented 18 members of the Glenmaggie CFA brigade with service medals.

“The Glenmaggie CFA station has a long history in the local community, with some of its members having served for as many as 60 years,” Mr Ryan said.

“The CFA draws its strength from the dedication, professionalism and bravery of its volunteers and these 18 men and women thoroughly deserve this recognition.”

Mr Ryan said that the CFA’s 58,000 members — 98 per cent of them volunteers — were leaders in Victorian communities and dedicated to protecting lives and property.

“The Victorian Coalition Government continues to support the great work of the CFA volunteers and has allocated almost $57 million to the emergency services in 2012/13, including $22.9 million to build or upgrade rural fire stations across the state,” he said.