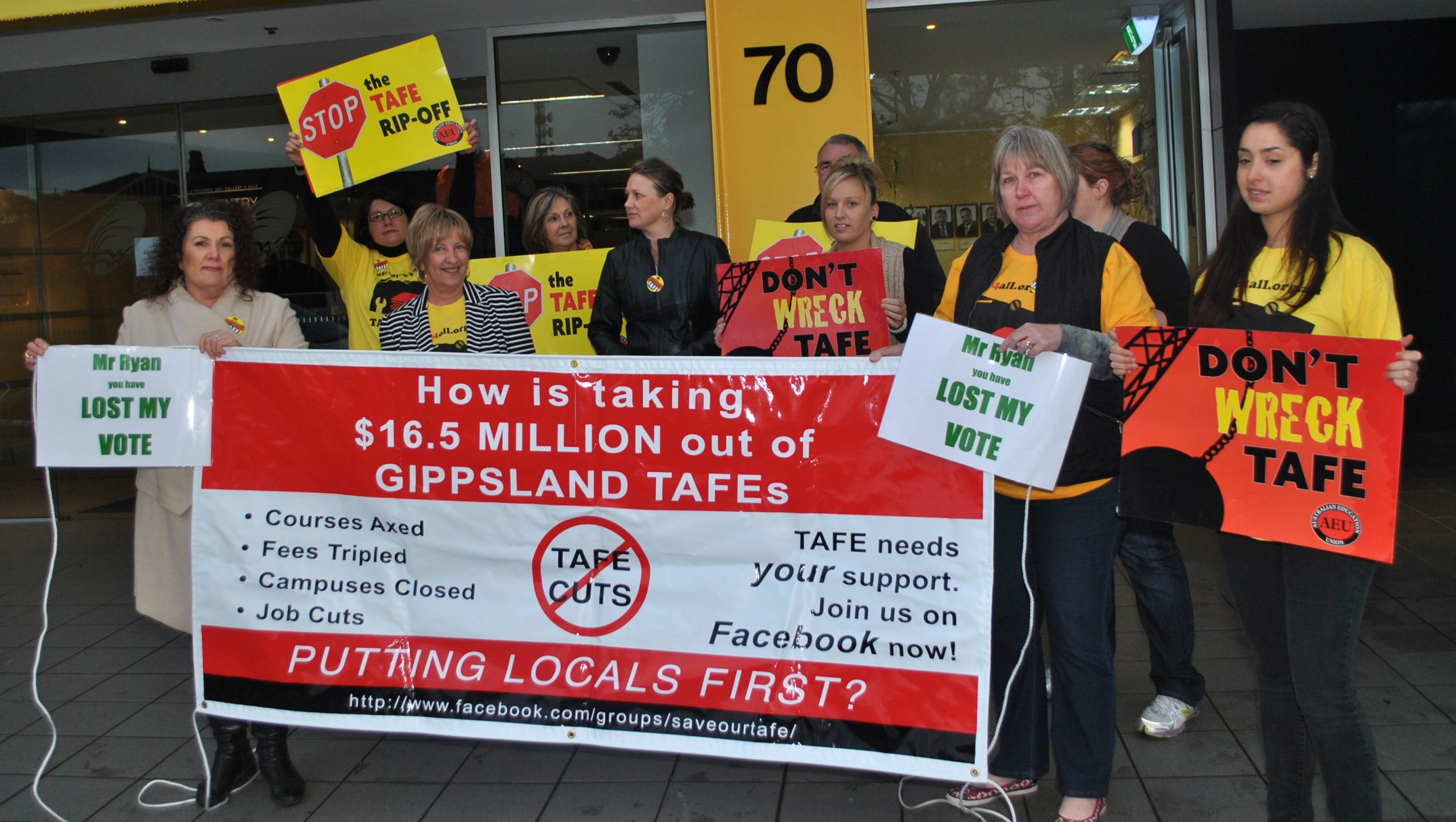 Incensed the art prize was to be presented by Deputy Premier Peter Ryan the protesters claimed their stand outside the gallery was intended to highlight the impact the cuts would have on the local arts community and the education of future artists.

Patrons were politely presented with envelopes of pamphlets outlining the impacts on local courses, the loss of staff positions and the closure of eight campuses, and offered colourful badges protesting the cuts.

On his arrival Mr Ryan chatted with the protesters and while dismissing their claims commended their passion for the TAFE system.

“We will have a very strong system when we come out of this,” Mr Ryan told the Gippsland Times.

He berated the former Labor government for allowing expenditure in the training sector to expand significantly, pointing out the cost under previous subsidy arrangements was ultimately unsustainable.

“We have allocated $1.2 billion for the sector, and we must look to getting a sustainable sector for skills training, particularly for those good folk outside,” he said.

“You have to respect their passion and enthusiasm, but what we had could not go on.”

The protesters however disputed there had been a blowout within the TAFE sector, providing a statement detailing how the proposed funding was to be distributed.

“The government keeps saying they are putting $1.2 billion back into training, however this is for all Registered Training Organisations, including the private providers, some of whom acted unethically and created the budget blowout that Mr Hall, Mr Baillieu and their colleagues keep talking about,” it read.

Many of those attending the presentation of the art prize expressed support for the protesters and wore badges decrying the funding cuts through the evening.