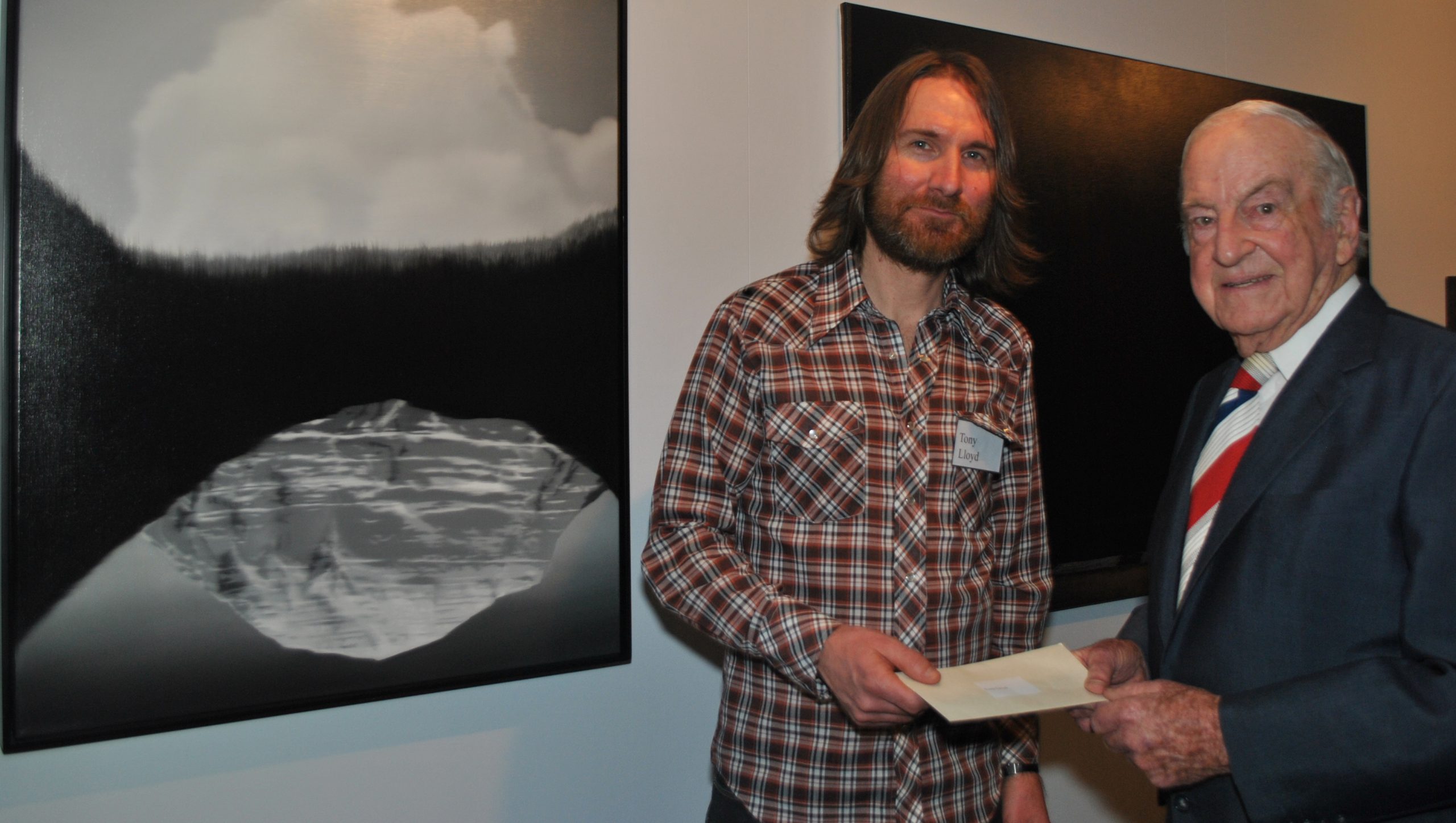 A NUMBER of artists can be thankful Gippsland Art Galley, Sale patron John Leslie’s aspirations of a career as an artist failed to materialise.

His interest in art turned instead to encouraging artists through the provision of a non-acquisitive prize to foster and promote high quality painting, particularly in Gippsland.

The monochromatic work describes the vaporisation of Tibet’s Mount Kailash in the atmosphere above.

The judges praised the strange surreal and cinematic qualities of the work, which they described as powerful and a triumph in concept and execution.

Mr Leslie said he intended to encourage young artists with the prize, firstly through enabling exhibition of their works in a public gallery.

“Secondly it was to encourage young artists, who live on the smell of an oily rag, to enter and maybe even win the award, and thirdly to make the up-and-coming artists available to our viewers,” Mr Leslie said.

Mr Lloyd told the Gippsland Times it was the second time he had entered the prize, the first being 10 years ago after the full-time artist finished art studies.

“There are very few good art prizes so I am always happy to enter; I was thrilled to get in and I am overwhelmed (to win).

“I’m a full-time artist, I do a little bit of teaching, which I enjoy, but primarily I am an artist,” he said.

Since gaining his Masters degree at RMIT University in 2000, Mr Lloyd has shown widely in Australia and internationally, including in Melbourne, Sydney, Hong Kong, Beijing, London and Amsterdam.

His work is held in collections including the State Library of Victoria, Gippsland Art Gallery, RMIT Gallery, Artbank, Macquarie Bank, BHP Billiton and the City of Whitehorse.

Mr Lloyd said the $15,000 prize would enable him to work full time in his studio for the next six months.

“You could say I live on the smell of an oily rag, a linseed oil rag, and there is not a lot of money around for art at the moment, people are being particularly cautious.”

Second prize of $3000 went to Alan Jones for his work Painting 92. The judges admired the manic energy in the work, noting it had disturbing and unnerving qualities.

Third prize of $1000 went to Grant Nimmo for Eat Your Skull, with the judges praising the paintwork, describing it as a gutsy and honest painting.

The prize for best Gippsland work went to Heidi Yardley for her work Broken Tree at Mallacoota Inlet. The technique and restraint in the work impressed the judges who felt it had powerful tension and was exquisitely produced.

The exhibition will be on display at the Gippsland Art Gallery, until November 25.