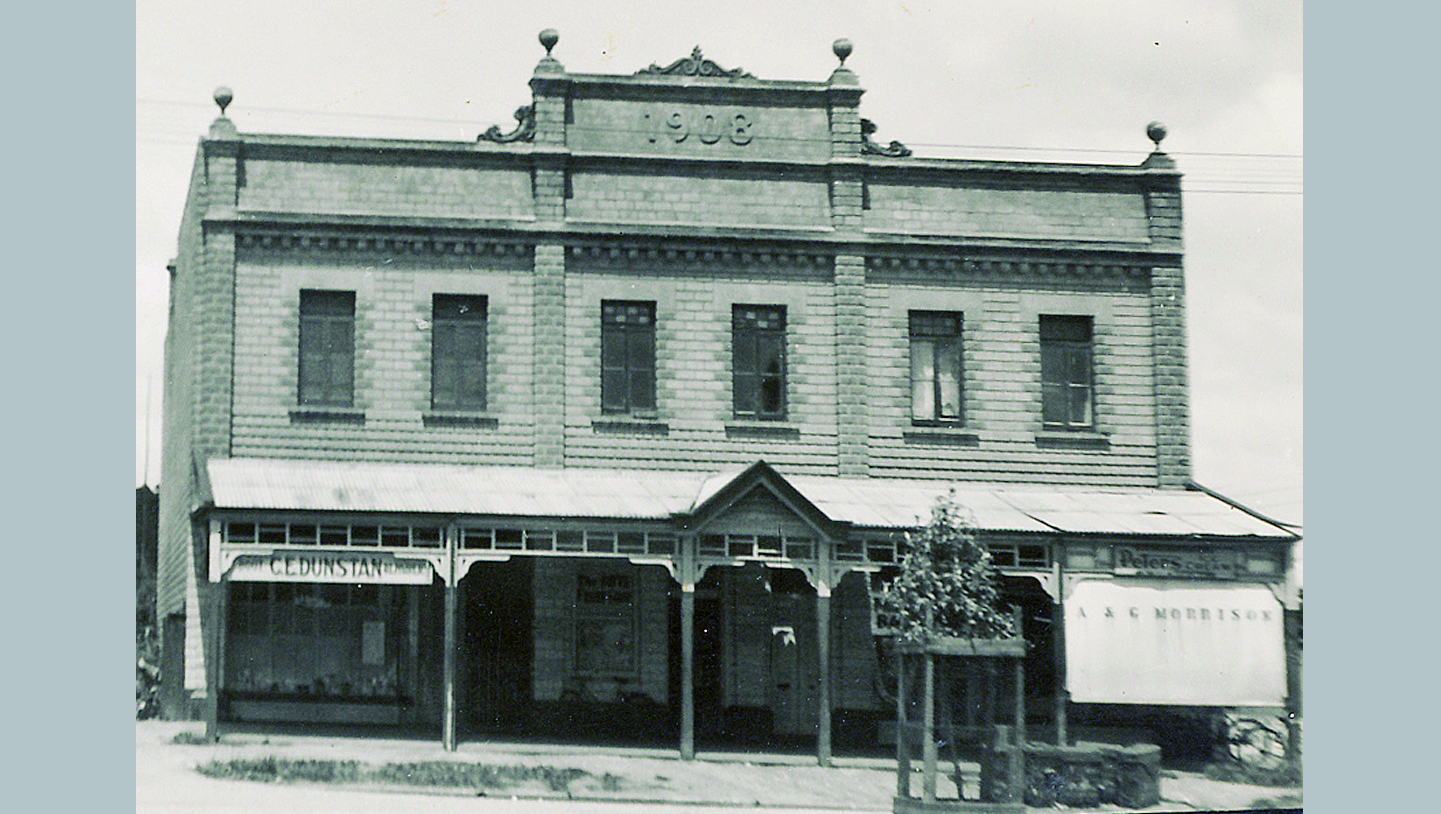 ONE of the state’s first concrete block constructions, a two-storey commercial building in Maffra, has been added to the Victorian Heritage Register.

“This began to be adopted in Victoria in about 1905 when American block-making machinery became readily available.”

“It is unusual for its use of a variety of block patterns on the front facade to replicate the appearance of a stone building, an interesting application of the new concrete block technology.”

Described at the time as ‘the most up-to-date building in Gippsland’, the Foster Building originally had shops at each end with residences above, and in the centre was a solicitor’s office on the ground floor and Alf Foster’s office upstairs.

The Victorian Heritage Register is the official listing of the more than 2000 places and objects which have been assessed as significant to the State of Victoria.