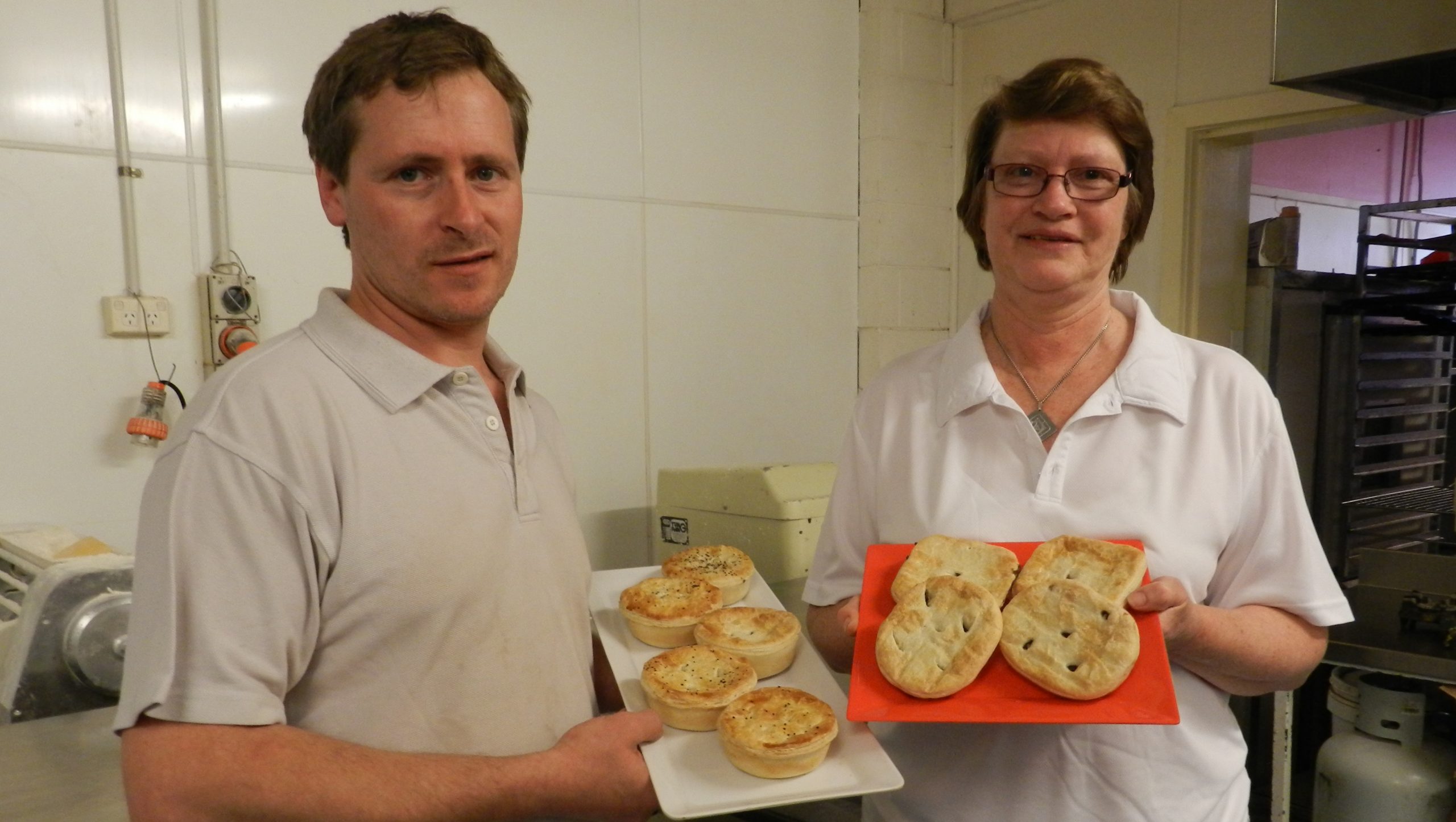 FIVE out of the six pies entered by Maffra Hot Bake in the official Great Aussie Pie competition came home with bronze medals.

The competition, which has run for 23 years and features pies from all over Australia, was hosted by Fine Food Australia at the Melbourne Exhibition Centre during September.

Served to promote and celebrate Australia’s much-loved icon, the perfect meat pie, the annual competition is held at alternate fine food shows in Melbourne and Sydney.

Open to all pie making professionals it attracts thousands of entries from bakers across Australia; the competition is the original and biggest nationally recognised pie competition in Australia.

The competition is highly regarded by the baking industry and represents the pinnacle of pie making excellence.

Winning a medal at the competition is the goal of many pie making professionals and, as a result the standard of entries is high, with the awards being hotly contested.

In 2011 the owners of the competition, the Australian Pie Council, re-named the event by omitting the word “meat” from the title, to reflect the ethnic influence in Australia, and to encompass the fast-growing gourmet pie category.