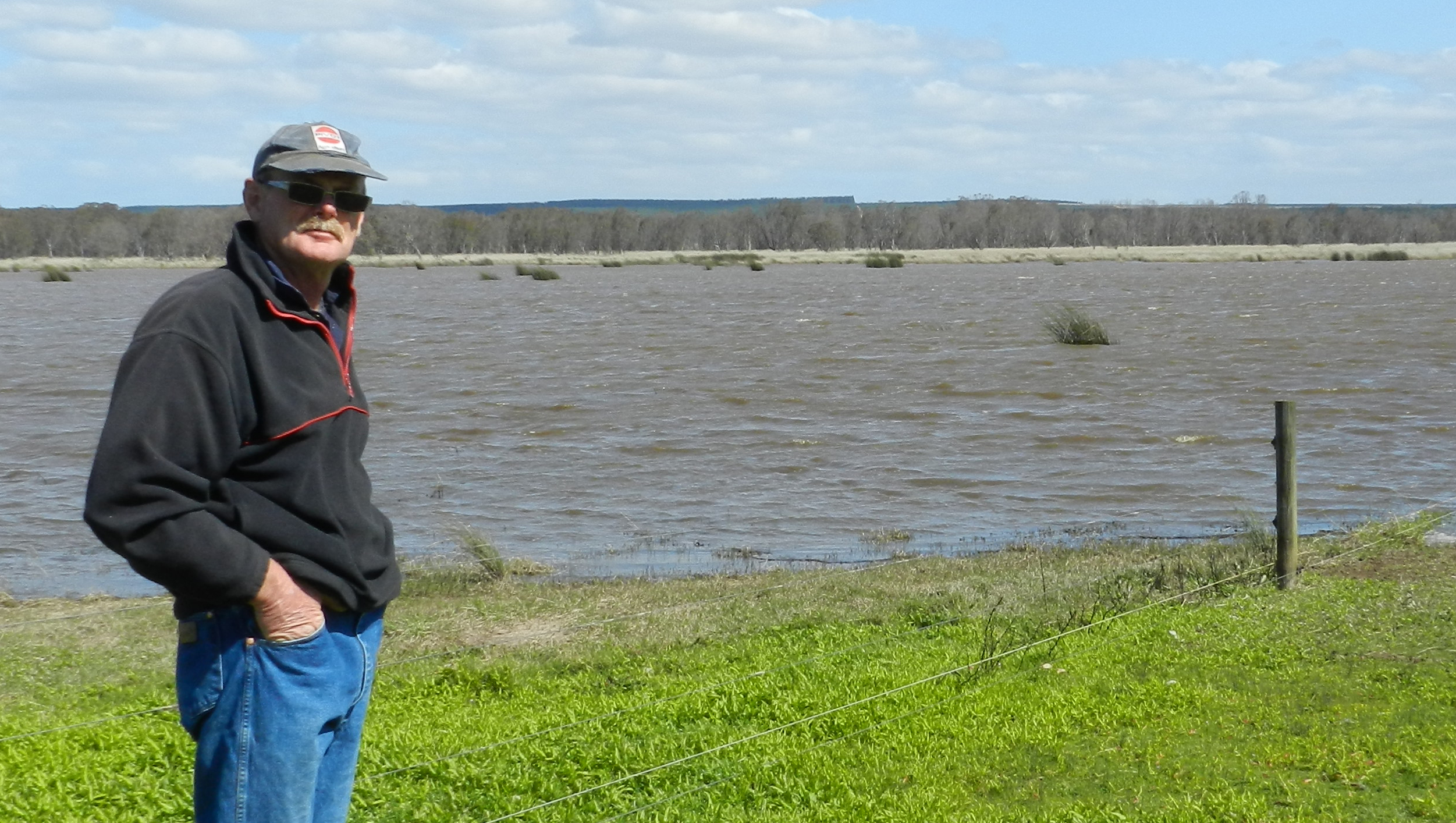 PEARSONDALE farmer Geoff Gooch fears he will struggle to stay afloat if the unusual flooding of his summer grazing pasture doesn’t abate soon.

“I’ve been working in this country now for 40 years,” Mr Gooch said as a third generation farmer.

“I can never remember not having access to this river country for three summers in a row, it’s just unheard of.”

Yet, thanks to several exceptionally wet seasons and the diversion of water into the Latrobe river, as a result of the Yallourn open-cut coal mine flooding June this year, that is exactly the case.

“We usually get some sort of a flood every year,” Mr Gooch said, describing how his land is situated on a flood plain.

However, he said that this was worse.

He said the turbidity of the water coming from the mine was choking the grass of sunlight and effecting pasture health in ways that could not be properly measured until the water had subsided.

According to Mr Gooch, TRUenergy claims that they are meeting Environmental Protection Authority guidelines with regards to the quality and amount of water they are releasing.

Mr Gooch said that the water pumped from the mine made up 11 per cent of the river’s flow, something TRUenergy claims to be a natural occurrence as a result of river levels being the highest they have been for 13 years.

Mr Gooch thinks that he is caught somewhere in the middle of “Lies, damn lies and statistics,” believing that TRUenergy and the EPA are using figures to justify the pumping of the mine water rather than rectifying what was happening.

“Without that 11 per cent the river would have a chance to drop to its normal level,” he said.

The government recently announced intentions of undertaking an inquiry into the failure of the mine’s diversion wall and the lead up and results of the flood.

“That doesn’t solve my problem of being underwater and not having anywhere to put my cattle over summer,” Mr Gooch said.

That is why he is seeking compensation.

Earlier in the year, when the floods first occurred, Mr Gooch said he was contacted as part of a flood survey and asked if the floods were costing him anything, at that stage.

“My honest answer was no because I wasn’t using that country and expected it to be inundated,” he said.

Now the situation has changed he feels forgotten.

He said that if the flood water didn’t clear soon he would be looking at a bill of more than $40,000 to cover feed, fodder and agistment, and might even have to consider selling off his stock or selling up all together.

He said in the past the government had supported farmers who had been disadvantaged by natural disasters and he didn’t see how his situation was any different, the effects of a flood were the same whether it was a sudden onset or a long term flood.

If the government didn’t classify his situation as being a natural occurrence he said that it must mean that TRUenergy was liable, either way someone should pay his insurance.

He said legislation made him nervous as it had a way of backing people into a corner rather than being flexible and looking at people’s individual circumstances.