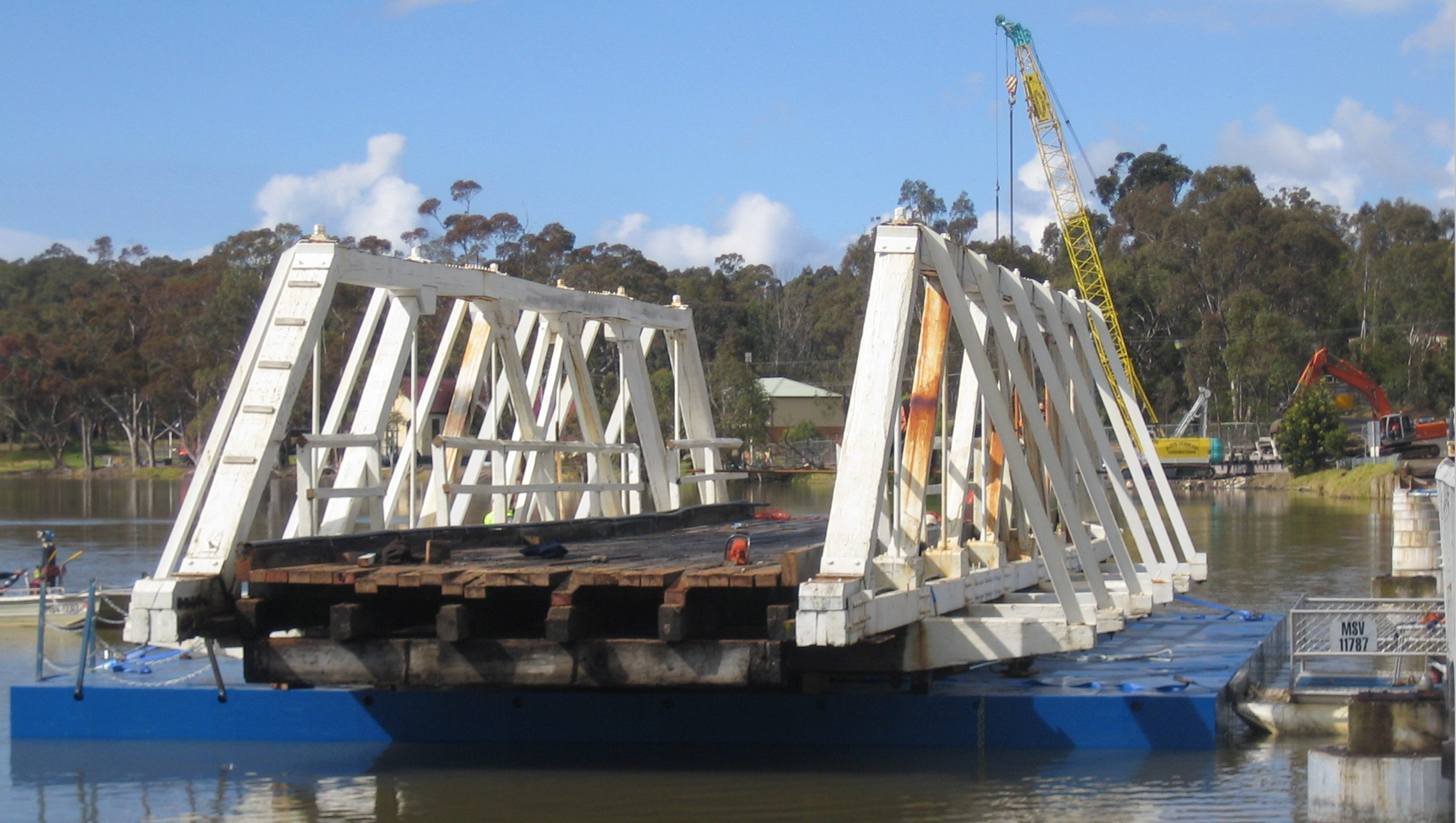 CONCERNED Glenmaggie resident Tony Bahr admits that he has left it to the eleventh hour to fight for the retention of the Glenmaggie Truss Bridge trusses as the bridge was dismantled on Tuesday to make way for a new steel structure.

While he supports the development of the new bridge, Mr Bahr wants the trusses to remain intact as a tourist attraction for the area.

In a bid to prevent its demolition, community members submitted a request to the Victoria Heritage Register to have it listed as an historic site, a bid that was rejected in February.

He said the bridge was an important component of the Maffra-Sale irrigation scheme, a reminder of the old Glenmaggie township and acted as a local tourist point, with people using the trusses as a backdrop to their wedding photos.

Mr Bahr would like to see the trusses housed on the embankment, near the bridge, with picnic areas and the local community hall adding to what is already a recreational point.

He said the trusses should remain as an example of something that could be saved, though he doubts that they will be.

Mr Bahr was told that the trusses were too heavy to be lifted by a crane and that to save them they would have to be dismantled, which would defeat the purpose.

If they are allowed to stay, Mr Bahr suggests that their maintenance be left to the community groups that already maintain the hall.