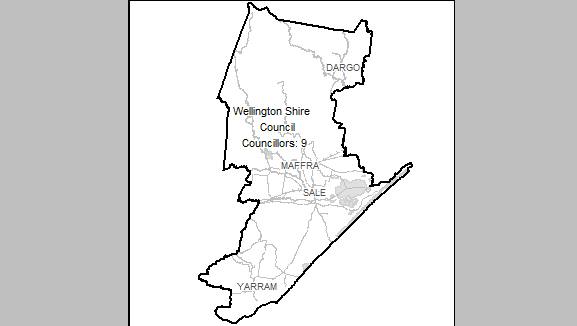 VOTERS in Wellington Shire are reminded to vote in this week’s council election, if they have not already done so.

Completed ballot papers must reach the returning officer by 6pm on Friday, October 26 or they cannot be counted.

Results will be calculated by computer on Saturday night with results to be officially declared on Sunday.

Fourteen candidates, including seven current councillors, are vying for nine council positions in this election. The councillors will represent the entire shire, not individual wards.

Ballot packs containing voting material were mailed to enrolled voters from Tuesday, October 9. Voters who have not received their ballot pack should phone the returning officer on 5152 5526 immediately to arrange a replacement.

“If it’s getting too late to return completed ballot material by post, voters can deliver it in person,” she said.

Ballot material can be hand delivered to the returning officer during business hours at the Port of Sale Civic Centre, 70 Foster Street, Sale or the Hub Election Office, 54 Service Street, Bairnsdale. Opening hours at both locations will be extended on Thursday (until 8pm) and Friday (6pm).

Voting is compulsory for voters of Wellington Shire who were on the state electoral roll on Friday, August 31. Those who do not vote may be fined.

The new council will be sworn in during a special council meeting on Tuesday from 5pm. During the meeting, the councillors will elect the mayor and, if required, deputy mayor.