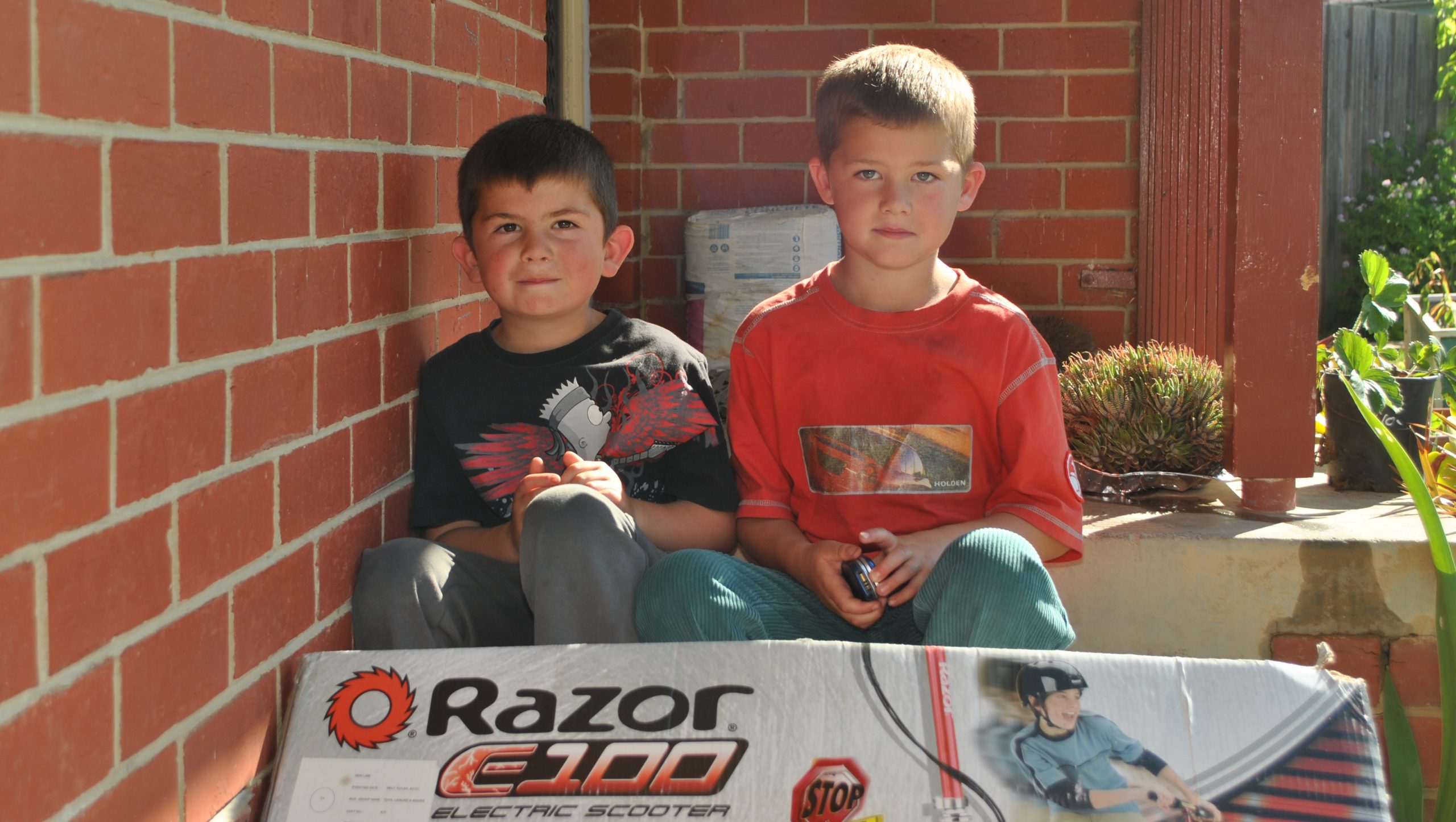 BROTHERS Terence and Kade Morton of Sale spent the morning in tears after the two red Razor scooters they received for Christmas were taken from the front yard of their Cooper Court home Monday evening.

The scooters were taken just days after their respective sixth and seventh birthdays, which fall within the same week.

According to single father Mark, the boys discovered the electric E100 Razor scooters missing when they went to put their shoes on ready for school the next day.

He said they were completely shattered.

“It’s low, someone should have thought about it and said, hang on they’re kids toys,” he said.

“If it was my push bike I’d understand, but you don’t take off kids or elderly people; it’s pitiful.”

The scooters have since been found by a family friend, allegedly in the possession of a local boy.

They were the boys’ special individual gifts last Christmas.

Their father is understandably relieved by their safe return as they took him six months to pay off, he said.

He had ordered them specially.

Mark said the incident had made him consider getting security cameras for his property and he urged other parents to be careful when leaving their children’s toys outside overnight.

The boys’ grandmother, Sherrie Morton, said she was disgusted that such a thing could have happened.

She said taking the scooters stripped the boys of their independence, albeit for a day, as without them they were unable to ride to school or visit their aunt in Wurruk.

In a bid to track down the scooters, family and friends traipsed all over town looking in parks and pawn shops and even set up a Facebook page asking for their return.

The missing scooters came after a string of bad luck for the family including Mark’s car breaking down, so the fact that the scooters have been recovered is a welcome outcome.

“I’m an unemployed single parent, just trying to do my best,” Mark said.