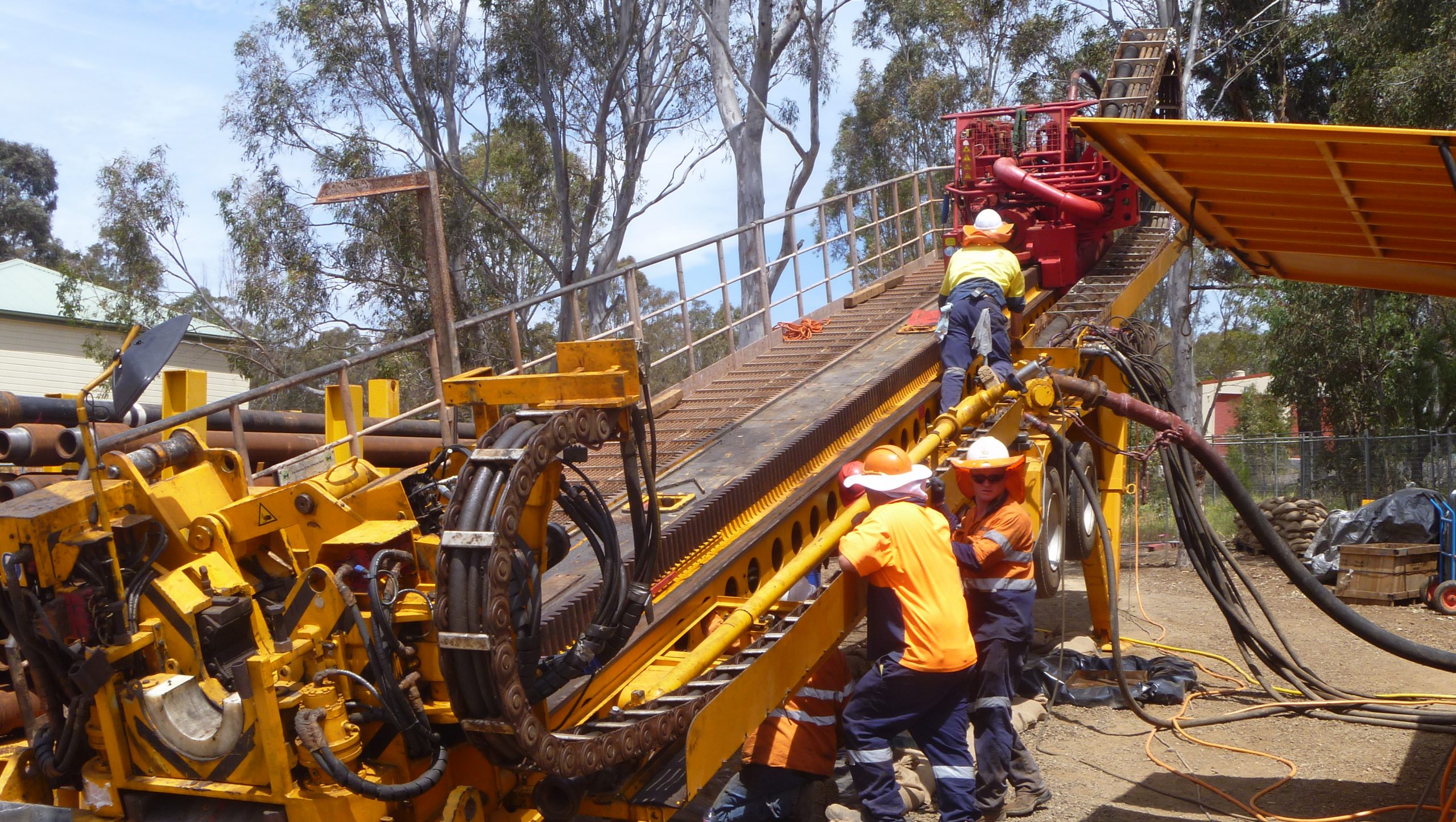 A NEW chapter has opened in the history of Lake Glenmaggie with the drilling of two new under-lake pipelines.

The under-lake drilling project is being undertaken by Australian-owned AJ Lucas Engineering and Construction company.

The highly specialised drilling operation has taken engineers many months of planning and preparation to ensure the drilling activity is complete before Christmas.

Gippsland Water acting managing director Tony Staley said he was pleased with how the project was progressing.

“Modern construction techniques such as the under-lake drilling can lessen the impact on the local environment; which is particularly important in this case because the aim of building the sewerage scheme is to address the environmental and health issues associated with the existing septic tank systems located within the towns,” he said.

The construction zone begins near the Glenmaggie Hall where the drill penetrates under the lake towards Glenmaggie Point some 800 metres away.

Up to 200m of drilling under the lake can be carried out each day, initially using a large 31 centimetre drill bit to penetrate through hard rock conditions.

Once complete, the under-lake pipe will join Glenmaggie, Glenmaggie Point and Coongulla together so that the reticulation network can attach to the Ryan’s Rd pump station, also currently under construction.

The drilling project coincides with Wellington Shire Council’s works on the Glenmaggie Bridge, minimising interruption to residential access as much as possible.