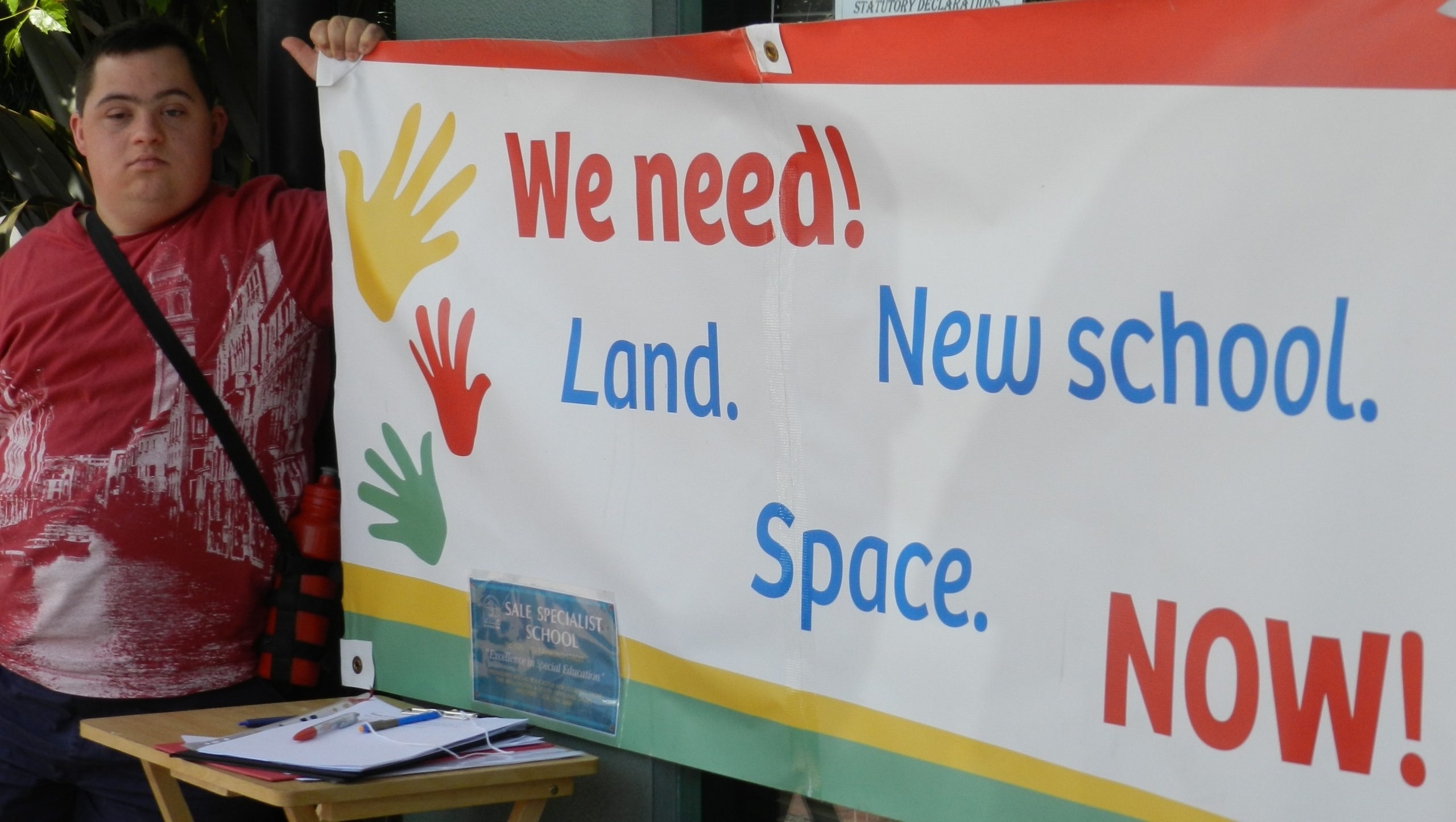 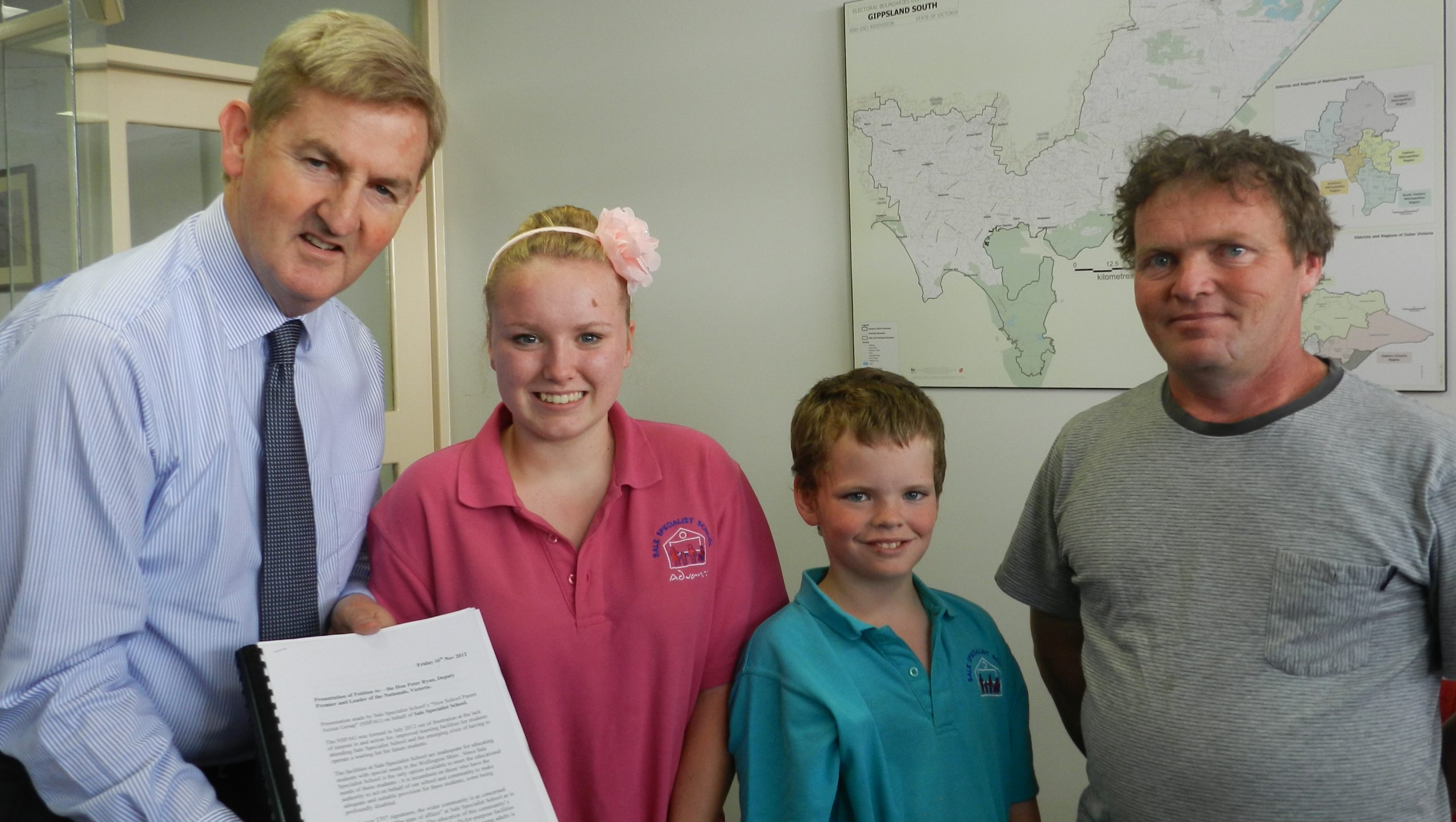 CONCERNED locals packed the Sale office of deputy premier and Gippsland South MLA Peter Ryan on Friday to keep the issue of inadequate facilities for the Sale Specialist School firmly in the spotlight.

They presented Mr Ryan with a petition of 2700 signatures to be tabled in state parliament.

Ms Stevens said the inadequate facilities had been raised as an issue 12 years ago, but little had been done since then.

She said while a building to provide staff space had been promised, student space was also needed, including classrooms and recreation areas.

“Twenty-five square metres of grass space for half of the school to have recess in is just beyond belief I think, totally inadequate,” she said.

NSPAG committee member Elaine Fidelaers said there was desperate need for more space, with the possibility of a waiting list if the school couldn’t secure the unused Advance TAFE building in Raymond St.

“(We are) situated in two campuses, which is not cohesive to the school and the buildings being used at Raymond St particularly are sub-standard; they are very sub-standard,” she said.

“We haven’t been told of any funding, we’ve been told that you might be in the budget for 2013 but if we don’t keep this in the public arena, then it can be forgotten for another 12 years.

“We definitely want to be in that budget and if we go quiet, then we might be forgotten again.”

While negotiations between TAFE and the Education Department continue, Ms Fidelaers said they had not yet been promised the use of the building.

“We’re supposed to have been offered possibly the TAFE building below the Raymond St campus, (which is) unused; but no-one has actually said yes you can definitely actually have that, and it’s getting near to the end of the school term,” she said.

“Christmas is coming, and it’s going to be weeks before we start a new term early next year; there are things about that particular facility that will need to be changed to meet the needs of special students.

“There’s no use the department offering another portable anyway; there is nowhere to put it at either campus.

“Already we are encroaching on the Sale High’s (College’s) soccer field and they have graciously given a bit more space for this staff building.”

Deputy premier and Gippsland South MLA Peter Ryan said he was hopeful a land sale for a new school site could be completed before the 2013 budget.

“We are all after the same thing, to get some land and get this school built,” he said.

“There is discussion with the land owners which is in the hands of the department.

“I would like to have us (state government) get the land to be purchased before the next state budget.”