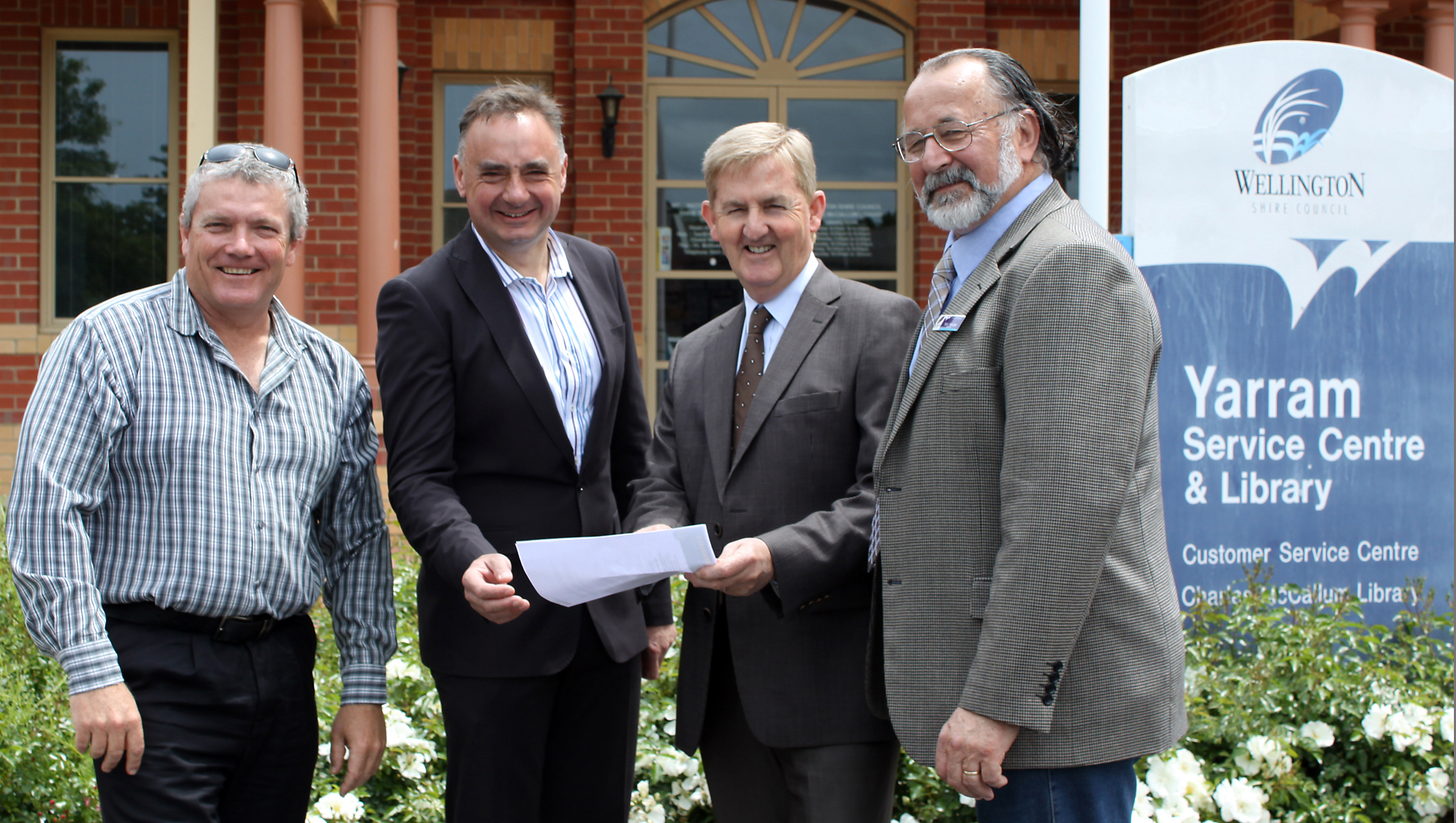 THE State Government will contribute a further $500,000 towards the $5.3 million Yarram District Hub project.

The announcement from Gippsland South MLA Peter Ryan brings the total contribution by the government for the hub to more than $2.8 million and completes the funding required to begin the redevelopment.

“The Yarram and District Community Hub has been designed as a one stop shop that will bring residents together and create a sense of place,” he said.

“The hub will incorporate a range of important community services, some of which have been lacking in the district, making it easy for residents to access multiple services at one site.

“Developing the hub will encourage community participation and interaction, and provide better access to a range of new and existing services that will be enhanced by being in one centralised location in the heart of Yarram.”

Mr Ryan said the latest round of funding was being provided through the Victorian Coalition Government’s $1 billion Regional Growth Fund Putting Locals First Program and would be applied to a number of Hub components, including community meeting space and multipurpose rooms, community exhibit room in the library, kitchen, foyer, and male, female and disabled toilets next to the multipurpose rooms.

“The community meeting space including the kitchen and toilets will also be available to a large range of community groups and organisations outside of business hours,” Mr Ryan said.

Mr Ryan said the remainder of the funding for the project was sourced through various State Government programs, including the Local Government Infrastructure Fund ($900,000), Department of Planning and Community Development – Living Libraries ($350,000), Department of Education and Early Childhood Development – Integrated Children’s Centre Grants Scheme ($1.1 million), as well as a contribution of $2.4 million from the Wellington Shire Council.

Wellington Shire mayor Scott Rossetti said council was thrilled with the level of support it has received for the Yarram Hub project.

“This success can be attributed to the ongoing work of the steering committee comprised on members of the Yarram community,” he said.

“Thank you to everyone in the district who completed a survey during the feasibility study phase enabling us to build a solid case for this community project.”

The next phase of the project will be for the architect to draft detailed designs.

“Council will be seeking input from key stakeholders to ensure the final configuration of the building serves the Yarram community now and into the future,” Cr Rossetti said.

“With works expected to begin late next year, we look forward to delivering the Yarrram community with a Hub capable of delivering much needed services to the district such as long day care, half day care and the reinstatement of the Yarram Toy Library.”