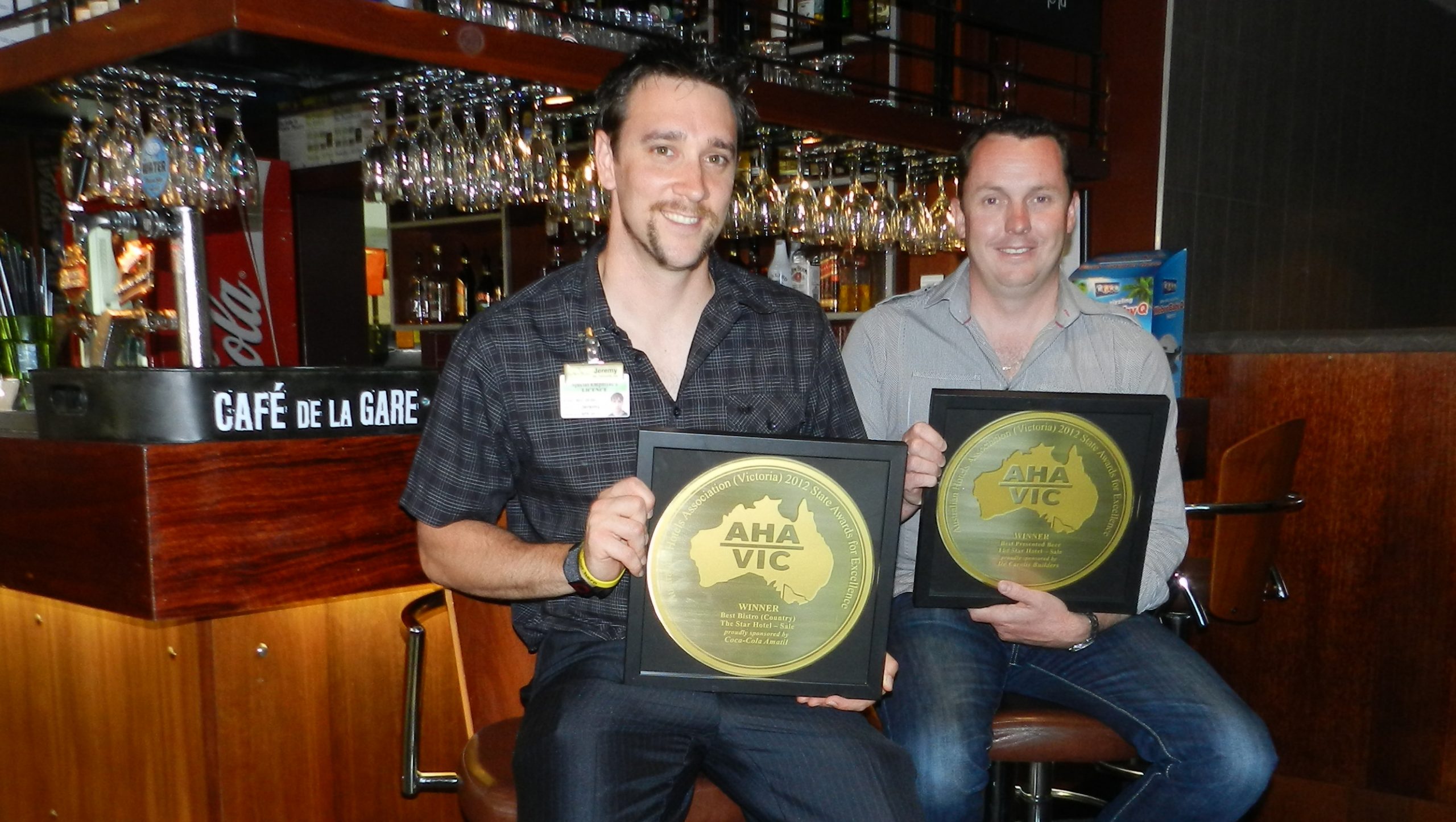 Sale’s Star Hotel has been named best overall country hotel of the year and the Tinamba Hotel best country restaurant.

The annual awards celebrate the diversity and success of metropolitan and regional Victorian hotels, with nominated hotels vying for success across 31 award categories.

In addition to winning the overall prize, the Star Hotel was awarded for best presented beer and best country bistro at the awards night which was held at Melbourne’s Docklands this month.

Having started out with 18 employees when he bought the business, Star Hotel general manager Trent Fairweather has seen it grow to a staff of just over 50.

He said the hotel could not have achieved the success it had without the dedication of staff.

He said the award was not just about the food and service; it was judged on everything right down to the cleanliness of the facilities and support of patrons.

“There is a fair bit that’s done on a popularity index.”

Still a little overwhelmed by the win, Mr Fairweather, a perfectionist, said the bar was not up to the standard he would like it to be, with general renovation works still being conducted around the hotel.

With the state win under his belt, Mr Fairweather said he had set his sights on the national awards in the next six months, which, as a state winner, the Star Hotel had automatically been entered into.

Not to be outdone, the Tinamba Hotel, in addition to being named best country restaurant, was a finalist in rising star, best menu and best wine list competitions.

Co-owner of the Tinamba Hotel since 2009, Damien Gannon, said it was a great achievement for the hotel.

“Being a town of 40-odd people situated in the middle of nowhere makes (the hotel) something unique,” he said.

“It is right in the middle of dairy country, making it a very unique experience.”

He said the hotel was judged in secret, with award organisers visiting and viewing how it was run.

“It’s a great thing for Gippsland,” Mr Gannon said of the win, “something that will attract people from all over Victoria”.

He said for two hotels within Gippsland to achieve wins, and the Star Hotel coming away with the major prize, was good for the region, showing that local businesses could outshine those in the city.

Mr Gannon said the awards evening was attended by about 1100 people, providing opportunities to share ideas.

“This year the competition was intense with the nominations displaying an impressive new level of presentation, quality and style,” Mr Kearney said.