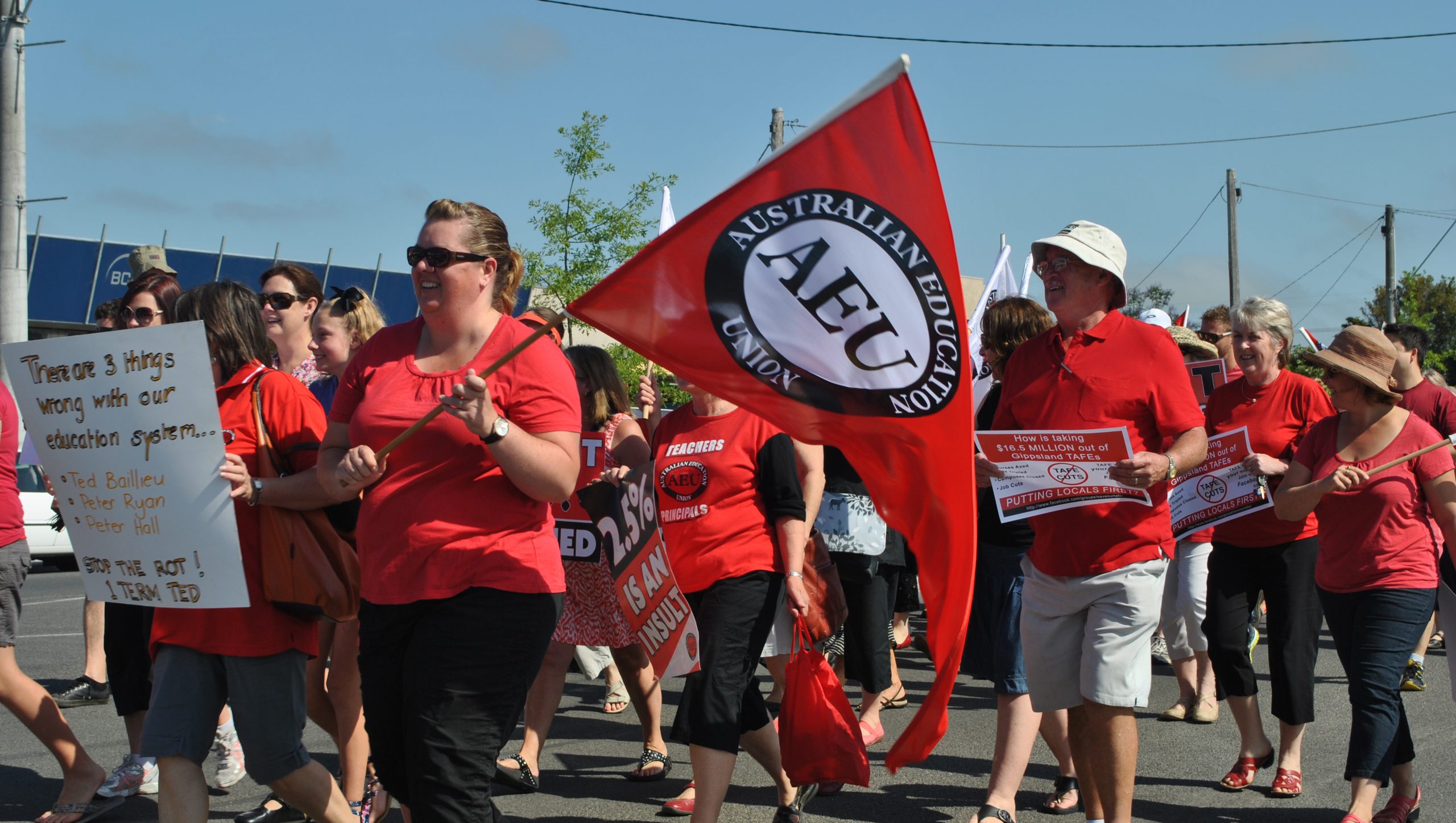 SALE’s main street became a sea of red Thursday morning as local teachers, education support officers and students marched from the Education Department office to the office of Deputy Premier Peter Ryan in the push for a new enterprise bargaining agreement.

With up to 26 schools in Wellington Shire taking stop work action yesterday morning, teachers from as far as Yarram travelled to Sale to participate in the march, with police conducting an escort down Raymond St.

Marchers played bongo drums and chanted, luring people out of shops for a look.

Onlookers in the pedestrian mall and outside TAFE’s office in Cunninghame St applauded as the rally passed.

The stop work action and subsequent march was a result of negotiations between the Australian Education Union and state government for a new enterprise bargaining agreement breaking down last week.

In a letter to the editor, the AEU sub-branch at Guthridge Primary School said it would participate in the stop work with reluctance and understood the inconvenience this could cause families.

AEU Victorian branch president Mary Bluett said despite the AEU putting a revised offer on the table three weeks ago, the state government had failed to respond or negotiate on the major issues of salaries, contract employment, class sizes and workload.

Ms Bluett said the AEU had been meeting with the Education Department weekly, and would not return to the negotiating table until a “reasonable offer” had been put forward.