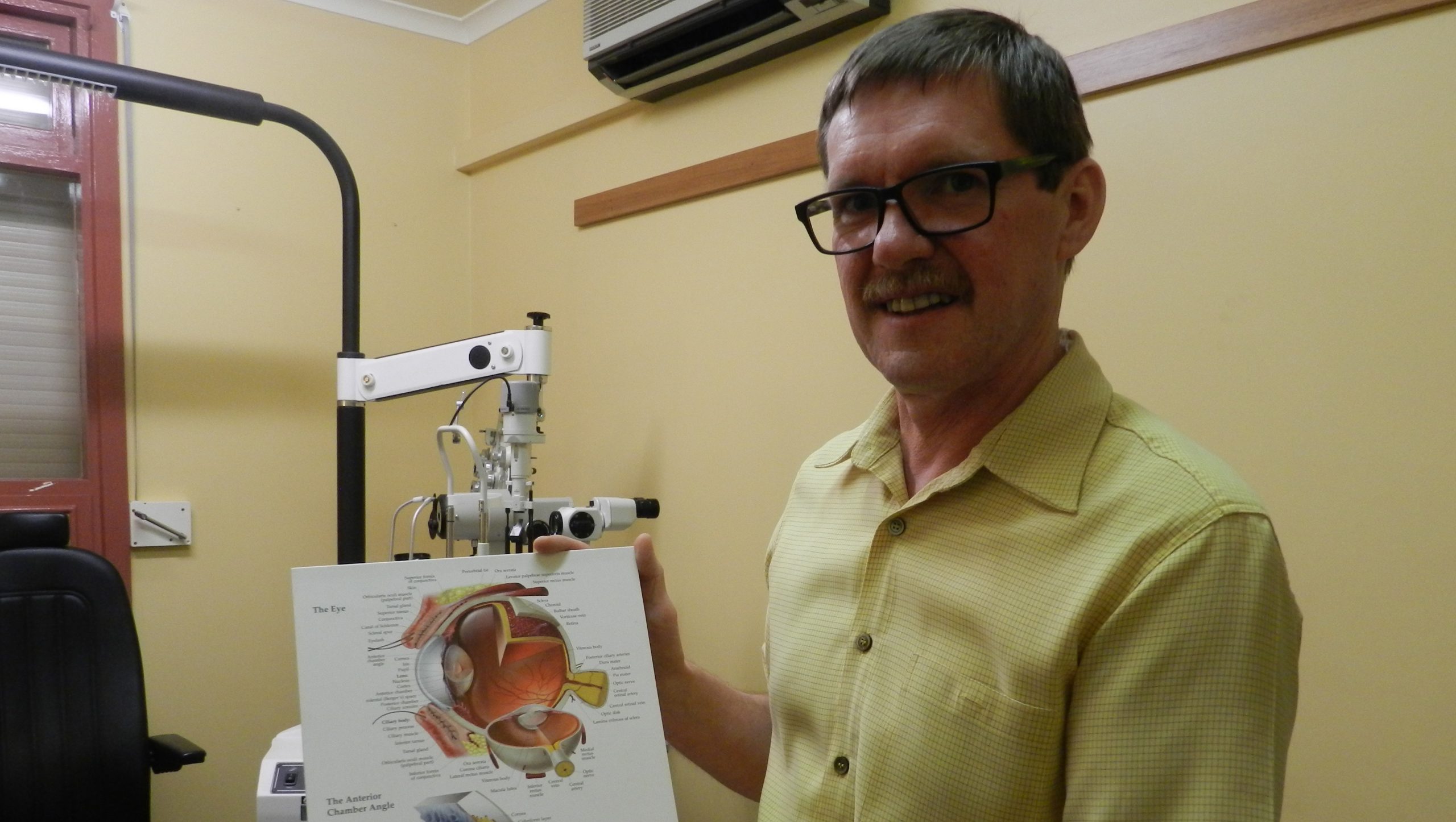 AT least four cases of the debilitating condition Christmas Eye have been diagnosed in the local area.

Two cases of the mysterious eye condition have been reported in Briagolong, one in Maffra and one in Llowalong, one sufferer describing bouts of excruciating pain.

Mick Gotts of Briagolong said he experienced the condition when it surfaced about a month ago.

He said he went to bed about 9.30pm and awoke a couple of hours later feeling as if he had a grain of rice in one eye.

Mr Gotts said he tried to flush it out, but the condition worsened until it became so painful, he ended up in casualty at Central Gippsland Health Service in Sale.

Mystified by his condition, hospital doctors suggested he go to Melbourne’s Eye and Ear Hospital for assessment.

In severe pain, Mr Gotts went to Melbourne, but despite three visits to the hospital, and doctors initially thinking he must have had a chemical splashed in his eye, they were unable to figure out what was wrong.

“John Cronin was the only one who knew it was Christmas Eye,” Mr Gotts said.

Mr Gotts said he was in severe pain for about four days and had fully recovered after two weeks.

Creams and eye drops were no help, anaesthetic drops providing relief for just 10 to 20 seconds.

“I wouldn’t wish it on a small child or elderly person,” he said.

“I don’t think they would cope with it.”

“For a small child it would be hell, really.”

Mr Gotts suffers severe back pain which can hospitalise him for up to four days.

The first three presented within a week of each other, and he had another case last week.

“It seems to start in November,” Mr Cronin said.

“We often find some cases get reported in Bairnsdale first, and then, sure enough, one week later, we see them here too.”

Mr Cronin said he had seen a trend of two cases presenting each year for the past four or so years, always at the same time of year.

The condition appears to affect all age groups, although this year the patients he had seen were in their 40s and 50s.

He said patients typically awoke in extreme pain in one eye, many likening the pain to a razor blade in the eye.

“The eye is usually very blurry and watery and red,” he said.

“They can hardly open the eye.

“By the time we get to see them, a large patch of the outer layer (epithelium) of the cornea (clear tissue at front of eye), has seemingly been ripped away.

“From our end it looks like a large ulcer, but without the other factors that are usually associated with an infection for example.”

While the cause of the condition is not well understood, Mr Cronin said there was a theory it was triggered by toxins released from a beetle, however he had never seen a beetle near the eyes of any patients he has treated.

Mr Cronin said anyone suffering Christmas Eye should see their optometrist or doctor.